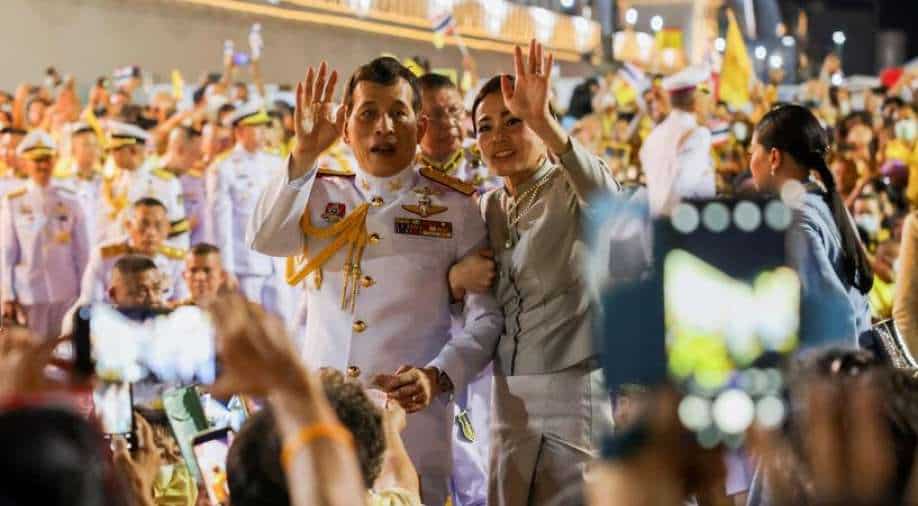 Thai King Maha Vajiralongkorn said “we love them all the same” of the protesters who have sought to curb his powers, and called Thailand “the land of compromise”.

The Thai King made his first public comments on the pro-democracy demonstrations that have gripped the country for more than four months during a royal function at the Grand Palace in Bangkok on Sunday.

Thai King Maha Vajiralongkorn said “we love them all the same” of the protesters who have sought to curb his powers, and called Thailand “the land of compromise”.

The king responded to questions from Channel 4 News during a walkabout with thousands of yellow-shirted royalists, putting on their biggest show of support since the start of protests that also seek the removal of the government.

When asked what he would say to the protesters, the king said “We love them all the same.”

Asked whether there was any room for compromise with protesters who are demanding a curb on his powers, Vajiralongkorn said that, "Thailand is the land of compromise."

This is the first time that the 68-year-old monarch has spoken to foreign media since 1979 when he was Crown Prince.

The Palace has made no official comment on protests that began by seeking the departure of Prime Minister Prayuth Chan-ocha before breaking a longstanding taboo by calling for curbs on the king’s powers.

Protesters have been wanting to reverse changes that gave him personal control of some army units and a palace fortune valued in the tens of billions of dollars. They criticise the king’s long stays in Germany as wasteful and accuse the monarchy of enabling decades of army domination by accepting coups such as the one in which Prime Minister Prayuth Chan-ocha took power in 2014.

The biggest protests have drawn tens of thousands of people. There was no official estimate for Sunday’s crowd. Reuters journalists estimated the number at more than 10,000.

Royalist leader Warong Dechgitvigrom, who has been trying to rally people to counter the protesters, said the king had told him to “help get the truth out”.

Prayuth’s government banned protests last month and arrested many of the best known leaders, but the emergency measures were cancelled after they backfired by drawing many more people onto Bangkok streets.

Three high-profile protest leaders were hospitalised over the weekend after police said they were being re-arrested at the expiry of the limit to their detention. One of them passed out in police custody in scenes that angered protesters.

Prayuth has said he will not resign and rejects accusations that elections last year were engineered for his benefit.

'Blow to economic recocery': EU job seekers in UK decline by 36% since Brexit