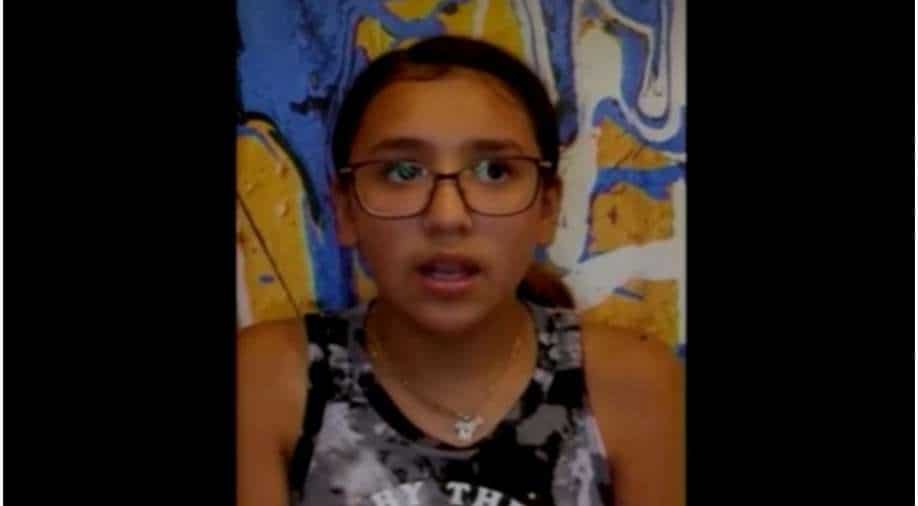 Miah Cerrillo, the 11-year-old who smeared dead classmate's blood on herself to play dead during the Texas school shootout in Uvalde recounted the ordeal in a pre-recorded interview. Photograph:( Reuters )

The 11-year-old smeared herself with dead classmate's blood when gunman burst inside Robb Elementary School in Uvalde, Texas last month. Her testimony in front of US lawmakers left some of them in tears or wide-eyed in disbelief

Miah Cerrillo, an 11-year-old girl from Robb Elementary School in Uvalde, Texas recounted her horrific ordeal in a pre-recorded statement before a House of Representatives committee on Wednesday. Miah was in her classroom when the gunman burst in and opened fire. In order to trick him into believing that she was dead, Miah smeared some blood on herself, taken from a dead classmate next to her.

Miah's account of what happened left some lawmakers in tears or wide-eyed in disbelief.

"He... told my teacher 'good night' and then shot her in the head. And then he shot some of my classmates and the whiteboard," Miah said in a brief but gut-wrenching pre-recorded interview.

"When I went to the backpacks, he shot my friend who was next to me and I thought he was going to come back into the room so I grabbed a little blood and put it all over me."

Miah recalled how she kept completely silent, before grabbing her dead teacher's cell phone when the moment came and dialing 911.

"I told her that we need help -- and (we need) to see the police in our classroom," she said.

Miah said her class was watching a movie. When the gunman entered the classroom, the kids scrambled behind the teacher's desk.

Miah was asked what she wanted to see happen in the wake of the attack.

"To have security," she said, confirming that she feared a mass shooter could target her school again.

"I don't want it to happen again," she said.

Police in Uvalde have come under intense scrutiny after it emerged that more than a dozen officers waited outside the door of Miah's class and did nothing as the children lay dead or dying.

'She is not the same girl' anymore, says father 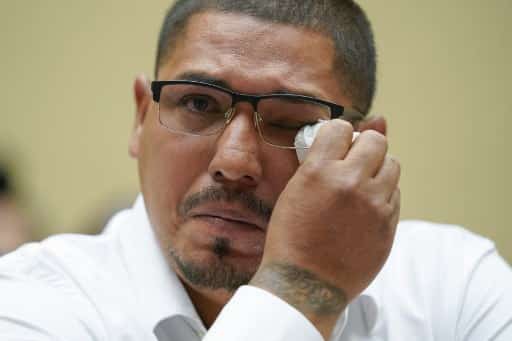 Miguel Cerrillo, Miah's father, told the lawmakers that she is still having nightmares and healing from a bullet fragment in her back.

"She's not the same little girl I used to play with," he told the committee.

Miah's testimony has come amid heightened pressure on US lawmakers to reform gun laws. Gun rights are enshrined in US Constitution and any attempt to control gun availability and use meets political pressure against it.

The House Oversight and Reform Committee also heard from the mother of Lexi Rubio, a Robb Elementary fourth grader who was killed.

"We don't want you to think of Lexi as just a number. She was intelligent, compassionate and athletic," Kimberly Rubio said via a video link, wiping away tears as she sat next to her husband Felix.

"She was quiet, shy, unless she had a point to make. When she was right, as she often was, she stood her ground. She was firm, direct, voice unwavering. So today we stand for Lexi and as her voice, we demand action."