Taliban wants to make a deal, says Trump in Afghanistan 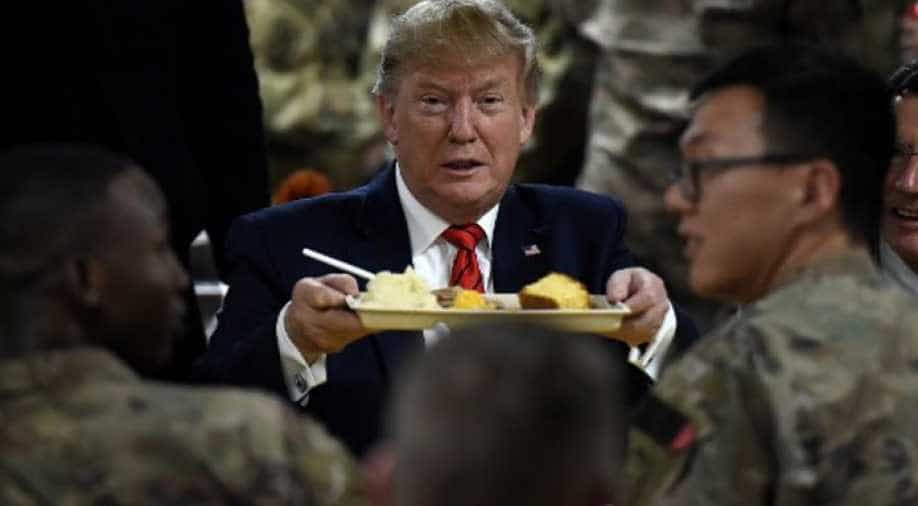 The US president mingled with soldiers and served turkey.

US President Donald Trump made a surprise stopover to Bagram airfield in Afghanistan to celebrate Thanksgiving holiday with troops and asserted that he was still interested in a "deal" with the Taliban.

"The Taliban wants to make a deal and we're meeting with them and we're saying it has to be a ceasefire," Trump said during his visit.

The US president mingled with soldiers and served turkey saying that "there's nowhere I'd rather celebrate this Thanksgiving than right here with the toughest, strongest, best and bravest warriors on the face of the Earth."

"I've just come from serving Thanksgiving dinner to some of you... and we had a good time," he told US troops. "But I hope everyone enjoyed the fantastic meal, it certainly did look good and hopefully everyone can get some well-deserved rest this holiday," the president added.

The US-Taliban talks collapsed in September after Trump said the talks were "dead" even as the Taliban delegation met Chinese and Pakistani officials in the past few months since then.

In Afghanistan on Thursday, Trump said that Afghanistan "will not be decided on the battlefield" and "ultimately there will need to be a political solution" decided by people in the region.

Afghanistan President Ashraf Ghani who was present at the gettogether thanked Trump and said the "type of peace that will ensure the gains of the past year and ensure your security and our security."

US troops had entered Afghanistan after the 2001 September attack in New York and Washington to destroy the al-Qaida about 13,000 troops still remain in Afghanistan even as the US president said he will cut down the number of troops in the region.