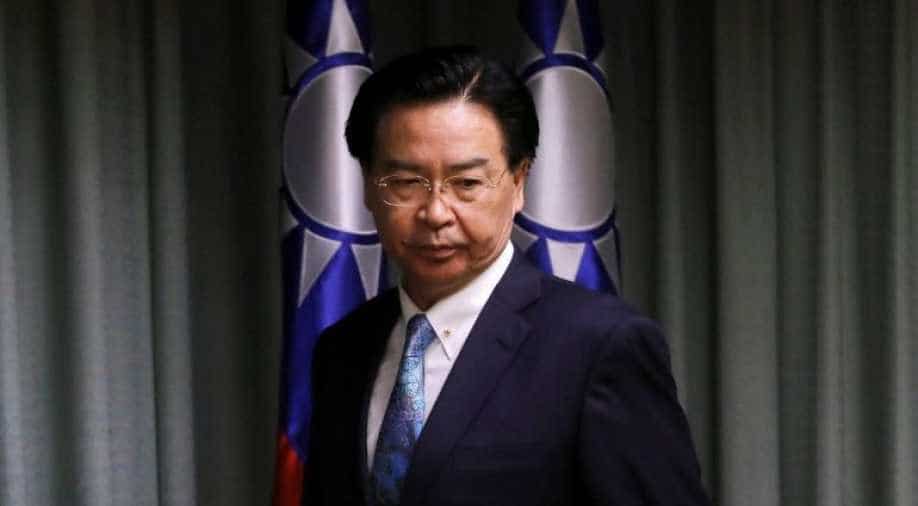 Hong Kong has been plunged into its worst crisis in recent history by weeks of marches and sporadic violent confrontations between police and pockets of hardcore protesters.

Taiwan's foreign minister on Monday called for "genuine" democratic elections to be held in Hong Kong after the city was rocked by fresh political violence, comments that will likely infuriate Beijing.

Hong Kong has been plunged into its worst crisis in recent history by weeks of marches and sporadic violent confrontations between police and pockets of hardcore protesters.

The initial protests were lit by a now-suspended bill that would have allowed extraditions to mainland China.

But they have since evolved into a wider movement calling for democratic reforms, universal suffrage and a halt to sliding freedoms in the semi-autonomous territory.

Police fired tear gas and rubber bullets at protesters on Sunday night, the seventh weekend in a row that the city has witnessed political violence.

In a tweet, on Monday Taiwan's foreign minister Joseph Wu said it was time for the city's leaders to grant universal suffrage, a core demand of protesters.

"It's sad to see the rule of law eroding and the divide between the people and the government widening in HongKong," Wu said as he accompanied President Tsai Ing-wen in a stopover in Denver on their way back from a visit to diplomatic allies in the Caribbean.

"The way forward is genuine democratic elections, not violence in the streets & MTR stations. The freedom and human rights of the people must be protected!" he added.

Taiwan is gearing up for a presidential election where a dominant issue will be relations with the mainland which sees the self-ruled island as its territory and has vowed to seize it.

Ties with Beijing have deteriorated since Tsai came to power in 2016 because her party refuses to recognise the idea that Taiwan is part of "one China".

Tsai has described the 2020 presidential election as a "fight for freedom and democracy", setting herself up as someone who can defend Taiwan from an increasingly assertive Beijing.

She is facing off against Han Kuo-yu from the opposition KMT party which favours warmer ties with the Chinese mainland.

Last week Tsai's government said it would assist Hong Kongers seeking sanctuary after local media reported dozens of activists involved in an unprecedented storming of the city's parliament had fled to the island.

China's communist party views Taiwan as its territory and has vowed to seize it, by force if necessary.

Beijing has previously indicated that the "one country, two systems" model under which Hong Kong is allowed to keep key liberties could be applied to Taiwan.

But years of sliding freedoms in Hong Kong has done little to endear Taiwan's inhabitants to the idea of Beijing's rule.