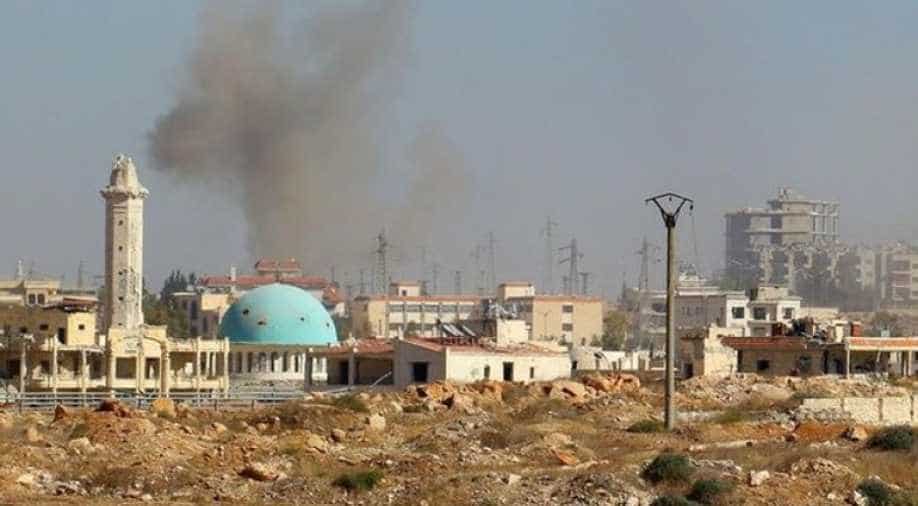 The Syrian army said it had taken a strategic district of Aleppo on Tuesday in what would mark the most important advance in the divided city by Damascus and its allies in weeks, but rebels said the battle was not over.

The 1070 Apartments district is located on the southwestern outskirts of Aleppo and lies alongside the government's corridor into the parts of the city that it controls.

The Syrian Observatory for Human Rights, a UK-based group that reports on the war, said government forces and their allies had seized full control of 1070 Apartments, calling it the most significant gain by the government in Aleppo since September.

A Syrian military source said the army and allied forces were in complete control of the area and surrounding hills. They have made repeated efforts to oust rebels from the 1070 Apartments area since the summer.

A military media unit run by the Damascus-allied Hezbollah carried a similar report. Hezbollah, a Lebanese Shi'ite Muslim group, is fighting in support of President Bashar al-Assad in Syria's war, now well in its sixth year.

But officials in two rebel groups fighting in Aleppo - Syria's largest city and commercial hub before the war - said insurgent forces were still trying to fight back.

"The clashes around 1070 Apartments are still going on," Zakaria Malahifji, head of the political office of the Fastaqim rebel group, said, while confirming that the army had taken the district.

Yasser Alyousef from the political office of the Nour al-Din al-Zinki rebel group said rebels had recovered positions they had lost on Monday.

Syrian government forces backed by allied militias and Russian air power launched a major assault on rebel-held eastern Aleppo in September after besieging the area, which the United Nations says is home to 275,000 people.

On Oct. 29, rebels counter-attacked in a bid to break the siege, targeting government-held western districts of Aleppo in an offensive that included Islamist militants and rebels fighting under the Free Syrian Army banner.

But their progress slowed after early gains.

There were conflicting accounts of fighting on Tuesday in the village of Minian, also on the western edge of Aleppo.

Syrian state media said the army had advanced in Minian, which was taken by rebels at the start of their campaign.

The Observatory said the army and its allies had fully recaptured Minian, after heavy air strikes. The fall of Minian to the government would reverse some of the gains rebels have made during their offensive.

But Malahifji, of the Fastaqim rebel group, denied that there were any clashes inside the village. "Minian is still with the rebels," he said.

Russia says its air force has been observing a moratorium on air strikes on rebel-held eastern Aleppo since Oct. 18. The Observatory and emergency workers in eastern Aleppo said heavy air strikes had killed hundreds of people, and hit hospitals and other civilian facilities prior to that.

Russia is preparing to resume air strikes around Aleppo "in coming hours", the Interfax news agency quoted a source in the Russian Defence Ministry as saying on Tuesday.

Rebel shelling of government-held western Aleppo has meanwhile killed dozens of people, the United Nations said last week in an update on the humanitarian situation in the city.