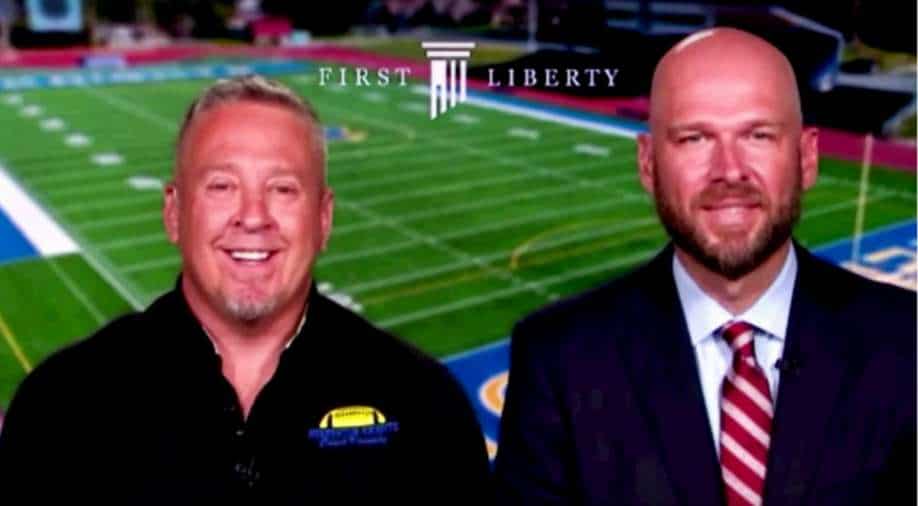 US Supreme Court's conservative justices were in the majority in 6-3 ruling. Liberal members dissented

The US Supreme Court on Monday (June 27) ruled that a Washington state public school district violated rights of a football coach by suspending him for leading prayers on the field after games.

The judges sided with Joseph Kennedy, the coach. Kennedy served as a part-time assistant football coach until 2015 in Bremerton. His case has become cause celebre for conservative Christian activists.

US Supreme Court's conservative justices were in the majority in 6-3 ruling. Liberal members dissented.

The decision, authored by Justice Neil Gorsuch, held that Kennedy's actions were protected by his rights under the US Constitution's First Amendment, which protects free speech and religious expression.

Gorsuch rejected the local school district's concerns that in a public school setting Kennedy's prayers and Christian-infused speeches could be seen as coercive to students or a governmental endorsement of a particular religion in violation of the First Amendment's so-called establishment clause.

Kennedy told Reuters that the judgment was a 'big sigh of relief' for him. He fought the case for years.

"My beliefs are my personal beliefs. I would never force them upon anybody and nobody had," Kennedy said in a Zoom interview.

He added: "I know that it sounds really probably cliche, but the Constitution applies to everybody equally. It's not for the Christians or the Jews or the atheists or whoever, it is for all Americans. And that's why I thought this was such a huge win, that it's more of a freedom of speech thing to me personally, because it was just a moment between me and God. It had nothing to do with anybody else."

Jeremy Dys, Kennedy's attorney from First Liberty Institute, said the judgment was a victory, not only for Kennedy but "for people of faith  who occupy roles as public school teachers and coaches and other staff that could otherwise be fired from their job for engaging in a private act of religious worship."

Not everyone is happy with the judgment. Rachel Laser, the CEO of Americans United for Separation of Church and State which represented the Bremerton School District, said the Supreme Court's decision was the 'greatest loss of religious freedom in a generation'.