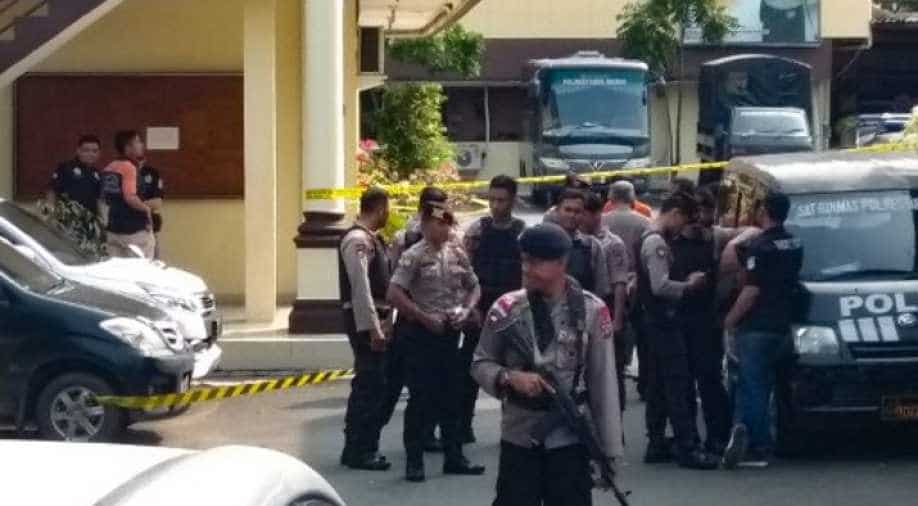 The explosion occurred at a police compound in Medan on Sumatra island.

A suspected suicide bombing outside a police station in Indonesia has left at least one attacker dead, authorities said Wednesday.

The explosion happened around 8:45 am local time (0145 GMT) at a police compound in Medan on Sumatra island.

"We suspect this is a suicide bombing with one attacker killed," national police spokesman Dedi Prasetyo told reporters in Jakarta.

An AFP reporter at the scene saw a body lying on the ground outside the station.

A police source who did not want to be named told AFP that the attack was perpetrated by at least two suicide bombers, but that was not officially confirmed.

Unconfirmed local media reports said at least one police officer had been rushed to hospital after the bombing but that their condition was not immediately known.

In August, Indonesian authorities shot and arrested a suspected militant who attacked police officers at a station in the country's second-biggest city Surabaya.