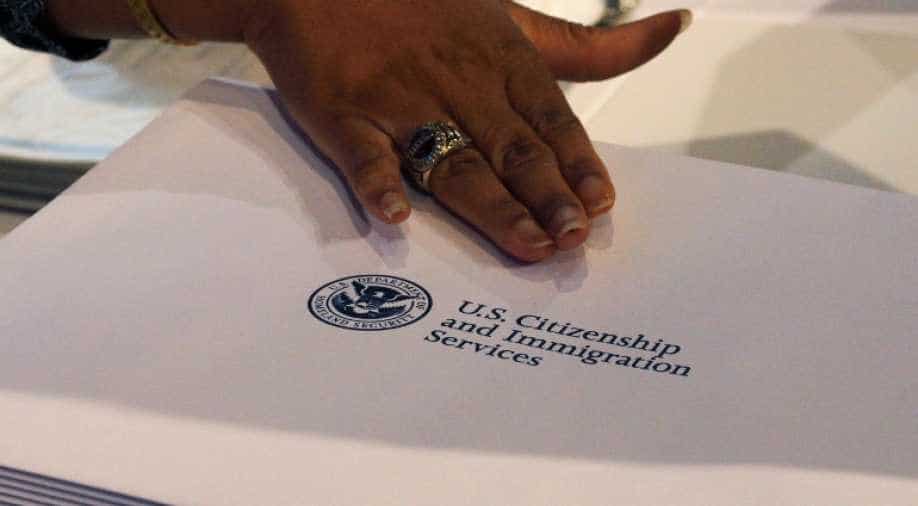 Information packs are distributed by the US Citizenship and Immigration Services. Photograph:( Reuters )

The Supreme Court ruled unanimously Monday that immigrants allowed to stay in the United States temporarily for humanitarian reasons may not apply for green cards if they had entered the country unlawfully.

The case, Sanchez v. Mayorkas, No. 20-315, could affect tens of thousands of immigrants. It was brought by Jose Sanchez and Sonia Gonzalez, natives of El Salvador who entered the United States unlawfully in the late 1990s.

In 2001, after earthquakes devastated El Salvador, the United States made that country’s nationals eligible for the “temporary protected status” program. The program shields immigrants from parts of the world undergoing armed conflicts and natural disasters from deportation and allows them to work in the United States.

Sanchez and Gonzalez, a married couple, were granted protection under the program. In 2014, they applied for lawful permanent residency, commonly known as a green card. After their application was denied, they sued.

The 3rd US Circuit Court of Appeals, in Philadelphia, ruled against them, saying they were ineligible under a part of the immigration laws that requires applicants to have been “inspected and admitted” into the United States.

“As its name suggests,” he wrote, “this protection is meant to be temporary.”

Justice Elena Kagan, writing for the Supreme Court on Monday, agreed, saying that two parts of the immigration laws operate on separate tracks. One part allows some people who have entered the country lawfully to apply for green cards.

That first part “imposes an admission requirement twice over,” she wrote. It says that applicants for green cards must have been “inspected and admitted or paroled into the United States.” And it adds that people who had worked in the United States without authorization, as Sanchez had before he was granted temporary protected status, are eligible only if their presence in the United States was “pursuant to a lawful admission.”

The other relevant part of the immigration laws, Kagan wrote, allows immigrants, whether they entered the country lawfully or not, to apply for temporary protected status, or TPS.

“The government may designate a country for the program when it is beset by especially bad or dangerous conditions, such as arise from natural disasters or armed conflicts,” she wrote. “The country’s citizens, if already present in the United States, may then obtain TPS. That status protects them from removal and authorizes them to work here for as long as the TPS designation lasts.”

“Lawful status and admission, as the court below recognized,” she wrote, “are distinct concepts in immigration law: Establishing one does not necessarily establish the other.”

“On the one hand, a foreign national can be admitted but not in lawful status — think of someone who legally entered the United States on a student visa, but stayed in the country long past graduation,” Kagan wrote. “On the other hand, a foreign national can be in lawful status but not admitted — think of someone who entered the country unlawfully, but then received asylum. The latter is the situation Sanchez is in, except that he received a different kind of lawful status.”

“Because a grant of TPS does not come with a ticket of admission,” she wrote, “it does not eliminate the disqualifying effect of an unlawful entry.”