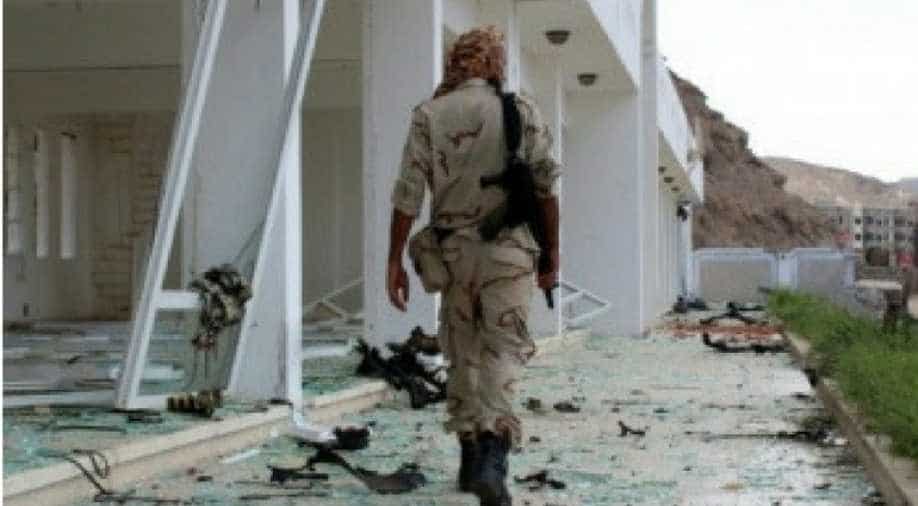 A suicide bombing hit Yemeni troops trained by the United Arab Emirates in the government bastion of Aden on Tuesday, a security source said, with at least five people dead or wounded.

The attack in the north of the port city hit an army mess hall serving the so-called Security Belt brigade, supported by government ally the UAE.

Aden is controlled by the Yemeni government and its allies in a Saudi-led coalition, who are battling Shiite Huthi rebels who control the capital Sanaa and much of the north.

But it also hosts jihadists of Al-Qaeda and the Islamic State group, who have both claimed attacks in the city in recent years.

On Feb 24, twin suicide bombings claimed by IS hit a base of an Aden counter-terrorism unit, killing five people, including a child.

The government established its headquarters in Aden, Yemen's second city, after the rebels forced it out of the capital.

In Jan, Aden was rocked by deadly clashes that saw southern separatists seize much of the city from other pro-government forces.