Stories of miraculous survivors from Turkey in the aftermath of earthquake 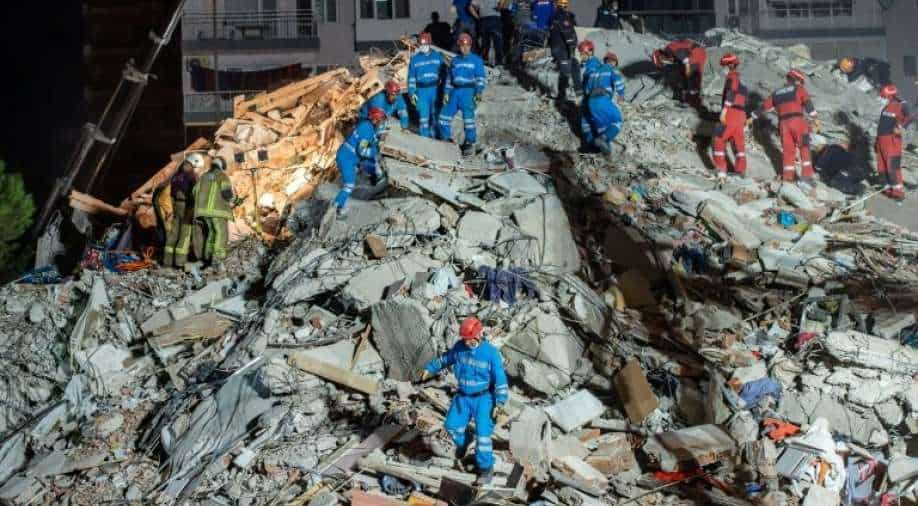 Turkey is still reeling from the massive earthquake on Friday, with rescuers working non-stop to find survivors

Turkey is still reeling from the massive earthquake on Friday, with rescuers working non-stop to find survivors.

On Monday - a lucky few were rescued from under the rubble, including a three-year-old - who spent 65 hours trapped in the wreckage. In Izmir, Turkey a powerful earthquake ripped through the city on Friday, and dozens of buildings were reduced to rubble.

At least 79 people have died, and more than 1,000 have been injured. Hundreds are possibly buried beneath the wreckage. A massive rescue operation is currently underway, and survivors are being pulled out - almost 70 hours after the quake.

Some of them, as young as 3-years-old, like Elif Perincek, who was recently rescued. She was with her mother and three siblings, when her apartment came down.

Rescuers found her amid the rubble, 65 hours later. The man who rescued Elif says she did not let go of his finger - until they reached the first aid tent.

Another survivor, a 14-year-old girl was pulled out after 58 hours. The rescue teams applauded, as she was stretchered off to the hospital.

16-year-old Inci Okan is another survivor, whose dramatic rescue was captured on video.

Here’s an excerpt from when she was rescued.  “Sister, i am really scared”, Okan said in Turkish. National medical rescue team member was then heard saying, ‘’don't be afraid. There is nothing to be afraid of."

“Inci, Inci look at me. How long have you been playing violin?”, the rescuer asked her, to which she replied “eleven years”.

Okan is currently in a hospital, and has promised to play violin for her rescuer. Ahmet Citim, another survivor was rescued from the rubble after 33 hours. Ahmet's home was among the 20 residential buildings that collapsed in the quake.

Many animals are also trapped in the rubble. A rabbit was pulled out unharmed by rescuers.

And a cat was also brought to safety by firefighters. The earthquake has left hundreds homeless. Many people have sought refuge at a temporary camp in the city.

There are more than 3,000 tents and 13,000 beds at a camp, and authorities have asked people to not enter damaged buildings.

This implies that it could be months before they can return home. More than 3 days have passed since the earthquake, and with each hour the chance of finding survivors diminishes.