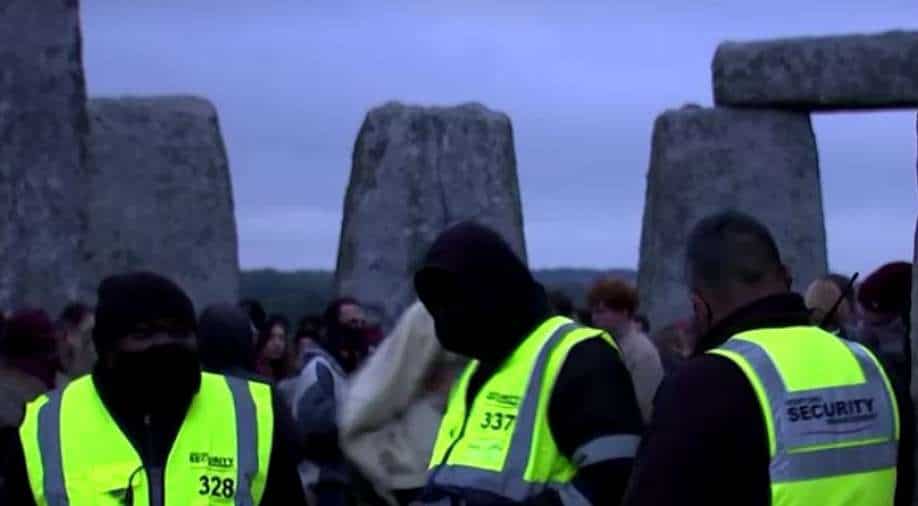 The UK authorities had told people not to travel to Stonehenge, however as several turned up, the live stream of the event had to be stopped.

Authorities in England pulled the live feed of the summer solstice sunrise at the iconic Stonehenge heritage site after people gathered in the area disregarding COVID-19 protocol.

Several thousand users tuned in to watch the live streaming of the event, however, organisers discontinued it around 4.52 am as people reportedly attempted to enter the inner circle of the neolithic monument to view the event.

The UK authorities had told people not to travel to the site, however as several turned up, the live coverage on Facebook and YouTube of the event was replaced by pre-recorded footage.

The ancient monument is a popular place of worship for pagan and neo-Druid communities.

The UK government had imposed of lockdown in Britain as coronavirus surged, and even though it was set to lift all restrictions this month but the Boris Johnson government decided to push the date to July leading the Stonehenge organisers to take the event online.

Last week, the UK recorded over 11,000 fresh coronavirus cases as the government delayed steps to lift full restrictions. The Johnson government said it would need a further month to fully vaccinate millions who still haven't received the jabs.

A government report claimed that COVID-19 cases have been "rising exponentially" in unvaccinated age groups with the virus reportedly doubling every eleven days, however, the death rate remains low.

The UK is one of the worst-hit countries due to the virus with over 4.6 million COVID-19 cases and 128,200 fatalities.