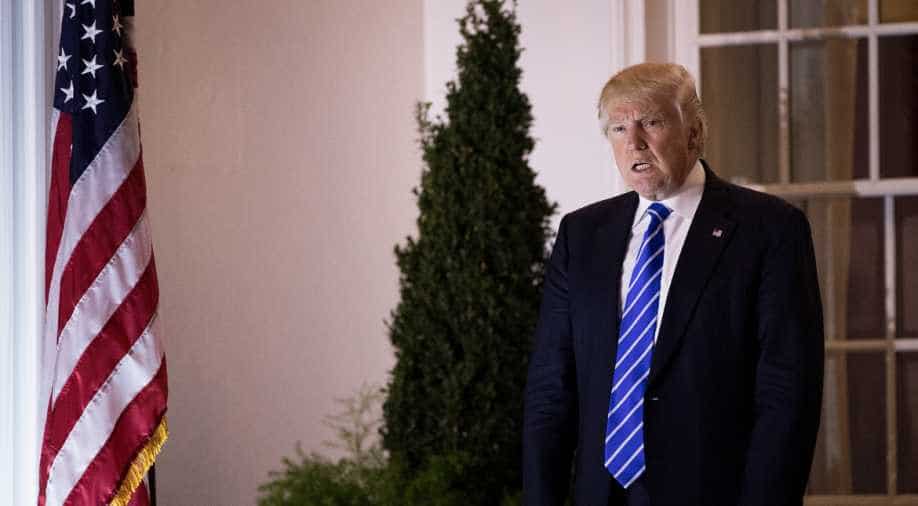 Hillary Clinton's campaign said it would join the recount although it has not seen any irregularities so far in the White House contest won by Trump. Photograph:( Getty )

US president-elect Donald Trump termed the recount of US presidential election votes in Wisconsin a 'scam'.

"This is a scam by the Green Party for an election that has already been conceded, and the results of this election should be respected instead of being challenged and abused, which is exactly what Jill Stein is doing," Trump added.

Green Partty candidate Jill Stein has filed a recount of votes in Wisconsin state, where Trump won by a small margin. She also announced that she would seek recounts in closely contested states of Michigan and Pennsylvania.

Hillary Clinton's campaign announced its decision to join the recount on Saturday. The lawyer for the Democratic candidate, Marc Erik Elias, said the campaign would also participate in Michigan and Pennsylvania's recounts if they were arranged, news agency AFP reported.

Trump, the Republican presidential candidate, won Michigan, Pennsylvania and Wisconsin by just over 100,000 votes. The victory in those states gave him the 270 votes needed for victory in the Electoral College.

Trump said "the people have spoken and the election is over, and as Hillary Clinton herself said on election night, in addition to her conceding by congratulating me, 'We must accept this result and then look to the future,'" in a statement.

"It is important to point out that with the help of millions of voters across the country, we won 306 electoral votes on Election Day -- the most of any Republican since 1988," Trump said.

Clinton's counsel Elias said that they had not planned to exercise the option of filing for recount because of no evidence of hacking or external efforts to change the voting technology, AFP reported.

"But now that a recount has been initiated in Wisconsin, we intend to participate in order to ensure the process proceeds in a manner that is fair to all sides," he added. He, however, did not make it clear how the campaign would participate in the process.

Although experts say there is virtually no chance of overturning the final result, the recounts could reignite debate over the legitimacy of Trump's election, already fueled by Clinton's lead in the popular vote, which now stands at more than two million, AFP said.

Elias said that the Clinton campaign had themselves investigated the results after receiving hundreds of messages, emails and calls from supporters, but had found no evidence that the results had been tampered to Trump's favour.

"After a divisive and painful presidential race, reported hacks into voter and party databases and individual email accounts are causing many Americans to wonder if our election results are reliable," Stein said on her website.

Stein cited unspecified "anomalies" as grounds to mount a challenge to the November 8 election results in Michigan, Pennsylvania and Wisconsin, reported AFP.