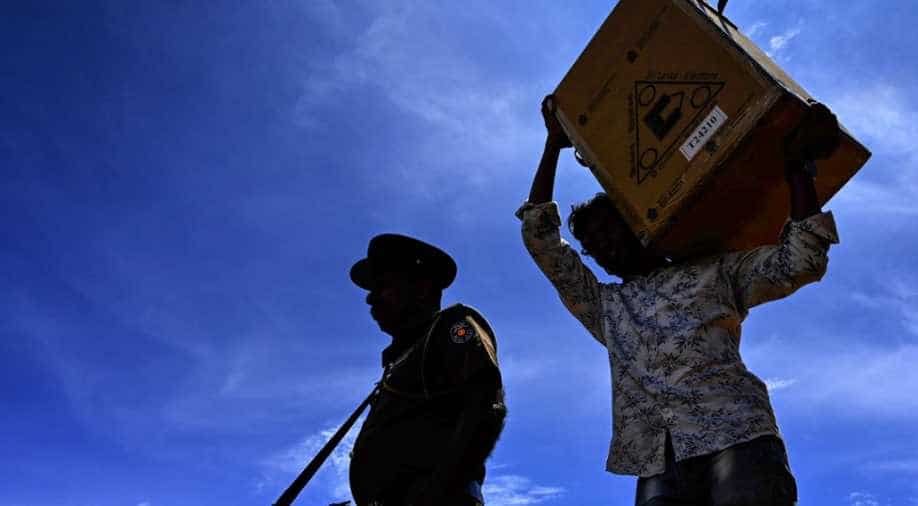 As the voting begins in the presidential election in Sri Lanka, here are some key facts.

The Indian Ocean nation of Sri Lanka emerged a decade ago from a devastating civil war to be rocked again this year by a series of Easter suicide bombings.

Here are some key facts:

The teardrop-shaped tropical island off the southern tip of India is separated from the subcontinent by a shallow strip of sea known as the Palk Strait that is about 20 kilometres (12 miles) wide at the narrowest point. The island has a population of 21.6 million, according to the World Bank in 2018.

Seventy percent are Buddhist, most of them ethnic Sinhalese; around 12 percent are Hindus -- mostly Tamils, who mainly live in the north and northeast of the island.

Muslims make up 10 percent of the population and Christians about seven percent.

A strategic point on early maritime trade routes, the island was controlled by Portugal (1505-1656) and The Netherlands (1656-1796) before becoming a British colony called Ceylon in 1815.

After more than 130 years of British rule, the island gained independence in 1948.

In 1972 it became a republic and adopted the name Sri Lanka.

In 1972, Tamil rebels launched an armed struggle for a separate homeland that triggered a nearly four-decade civil war estimated to have claimed up to 100,000 lives.

The Liberation Tigers of Tamil Eelam (LTTE) campaign was marked by suicide bombings and assassinations, including of President Ranasinghe Premadasa in 1993, and it was labeled a terrorist group by some Western nations and India.

After a ceasefire failed, the Sinhalese-majority government crushed the Tigers in an all-out military offensive in 2009, killing their founder and leader Velupillai Prabhakaran.

The operation was criticised for its brutality, with troops accused of killing at least 40,000 Tamil civilians.

The United Nations Human Rights Council has demanded an independent investigation into war crimes in the conflict.

Sri Lanka was about to mark a decade since the end of the Tamil separatist war when its capital was struck by new terror attacks on Easter Sunday this year.

A series of suicide bombings on three packed churches and three luxury hotels on April 21 killed 269 people including 45 foreigners.

It sparked anti-Muslim riots in which one Muslim man was lynched and hundreds of homes, shops and mosques vandalised.

A state of emergency was relaxed in August.

The attacks took place amid a power struggle between President Maithripala Sirisena and Prime Minister Ranil Wickremesinghe and both have backed down from running in the upcoming presidential election.

Following the end of the civil war, international tourism flourished in Sri Lanka with more than two million visitors per year since 2016 compared to 448,000 in 2009.

But after the Easter bombings, the country estimates it will lose about $1.5 billion in tourism revenue in 2019 because of a sharp dip in arrivals.

Sri Lanka's main export is tea, with more than 90 per cent of its production traded abroad. It ranks with China and Kenya as the top international exporters.

The garment industry and remittances from workers abroad are also key sources of revenue.