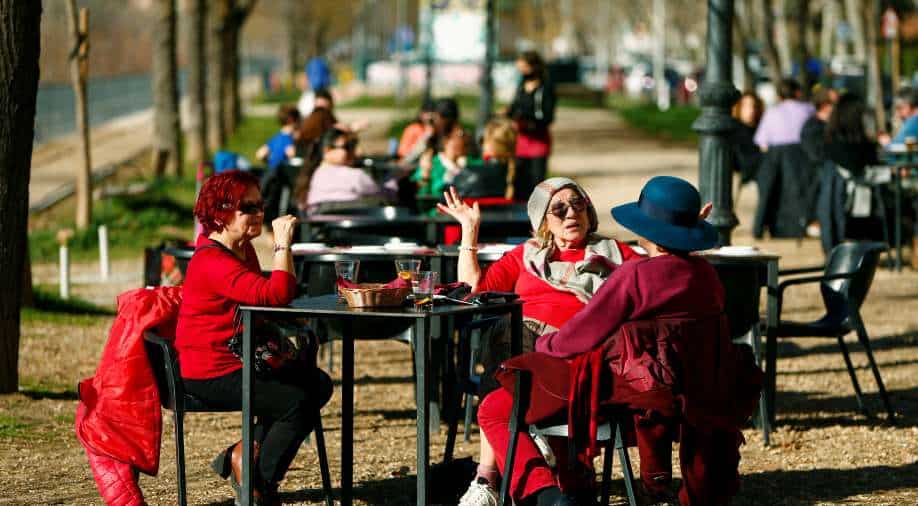 Several European regions witnessed unusual warm temperatures in the last week of December, with weather officials predicting milder winters at the start of 2022.

“These high temperatures are not normal… These are temperatures that you would normally see in the month of April,” Rubén del Campo, a spokesperson for the state meteorological agency AEMET, told the Guardian.

He attributed the year-end heat to a mass of hot air over Spain combined with high pressure. “It’s a normal phenomenon that we do see, but what’s strange this time is the high temperatures we are seeing.”

Weather officials said that the high-pressure anticyclone has passed over to France and Italy and have warned of avalanches in the Alps.

Temperatures in some of Italy’s best-known ski resorts, including Cortina d’Ampezzo and Courmayeur, are forecast to be hovering around 13-15 degrees Celsius above the seasonal norm on New Year’s Day, and the balmy weather is expected to linger until January 3.

Luca Mercalli, a meteorologist, told the Guardian, “At the moment it is about 15 degrees Celsius in areas of the Alps at an altitude of 1,600 metres and is not hitting zero beneath 4,000 metres. It hasn’t even been freezing at night – the temperature has not dropped below 10 degrees, and this is very unusual.”

The rest of Italy is also experiencing abnormally warm conditions, with a high of 18 degrees Celsius expected in Rome on Saturday and 22 degrees Celsius in the Sicilian city of Catania by the middle of next week.