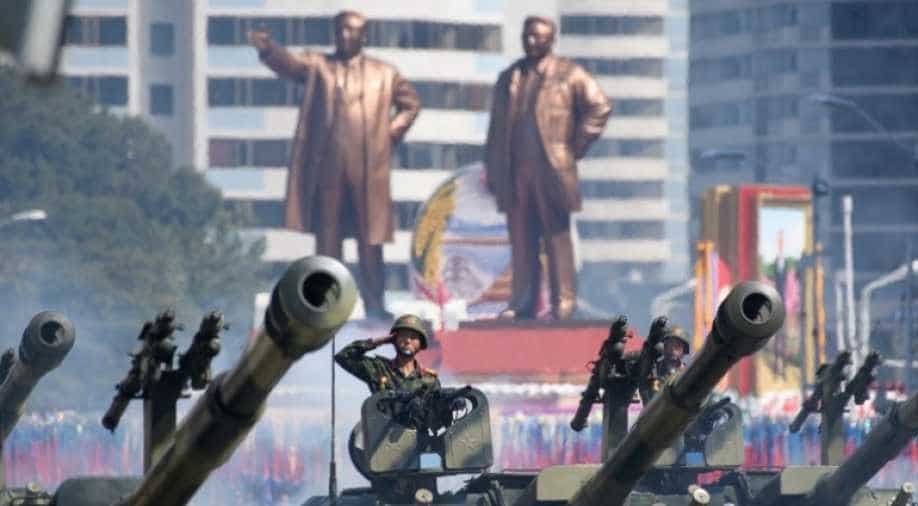 Only a few have dared to cross the DMZ, which is riddled with landmines and has a heavy military presence on both sides

A North Korean man was captured by South Korea's military on Wednesday after crossing the inter-Korean border, Seoul said.

The man was identified by Seoul only as a North Korean male, the Joint Chiefs of Staff said in a statement.

Investigations will be conducted "in cooperation with related agencies for details", it added, including whether the man sought to defect to the South.

No unusual activity of the North's military has been detected, it said.

Last year, a North Korean soldier made a river crossing of the Demilitarised Zone that divides the peninsula.

More than 30,000 North Koreans have escaped to the South since the two were separated by war more than 65 years ago, according to Seoul government data, many of them driven by prolonged economic hardship.

But the vast majority have gone first to the North's neighbour and ally China before making their way to the South, usually via a third country.

Only a few have dared to cross the DMZ, which is riddled with landmines and has a heavy military presence on both sides.

In November 2017, a North Korean soldier dashed through the border village of Panmunjom in a hail of gunfire from his own side. The trooper, then 24, was hit several times but survived.

The latest crossing comes days after the North placed the blame for its killing of a South Korean fisheries official last month on Seoul's "improper control of the citizen", and inter-Korean relations remain in a state of deep freeze.