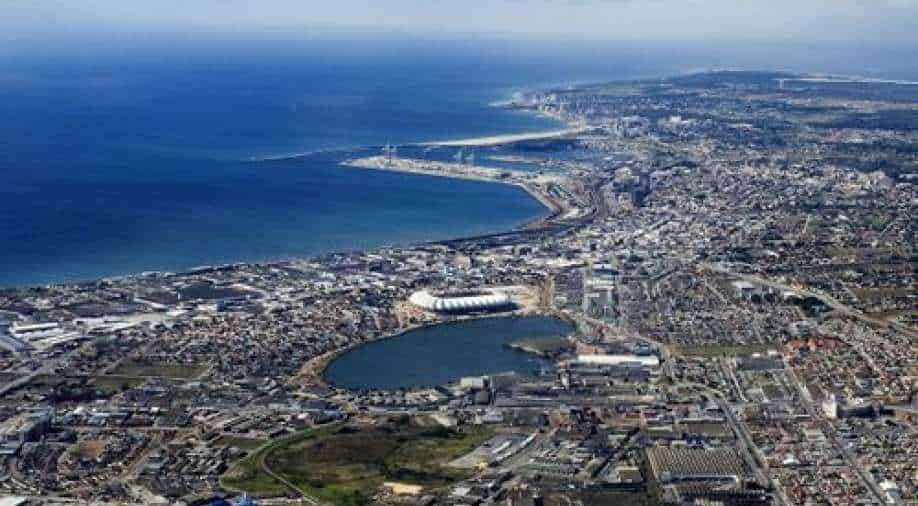 The project to cost the Nelson Mandela Bay Municipality over 13.6 million US dollars Photograph:( Twitter )

The Nelson Mandela Bay Municipality has identified alien vegetation trees as a major cause of loss of water that is supposed to be flowing into the catchment dams.

A local municipality in South Africa’s Port Elizabeth city, which experiences one of the worst droughts in its recorded history, has embarked on a plan to remove massive alien vegetation, which is believed to be responsible for the frequent water crisis in the city.

The project, which will cost the Nelson Mandela Bay Municipality more than 20 million Rand (approximately 13.6 million US dollars), has been introduced as part of the municipality’s water-saving measures.

The officials have identified alien vegetation trees as a major cause of loss of water that is supposed to be flowing into the catchment dams.

According to local officials, a fully grown alien vegetation tree consumes about 100 litres of water per day.

With this project, a total of 60 hectares have been covered already, with 20 hectares each for the Churchill, Impofu and Loerie dams. There are approximately 100 trees per hectare.

Nelson Mandela Bay MMC for infrastructure and engineering, Thsonono Buyeye, said that a multipronged approach was the best solution to avoid dry taps.

“We need to also look at the water crisis and drought from an environmental management perspective. As we continue to save the city against drought, we get an opportunity to explore different options and areas where we can save the little that we have in an integral approach. Removing these alien trees that have a high consumption of water contributes to the bigger picture,” Buyeye told News24.

This project is one of many that the metro is implementing to save as much water as possible and to augment the existing water resources.