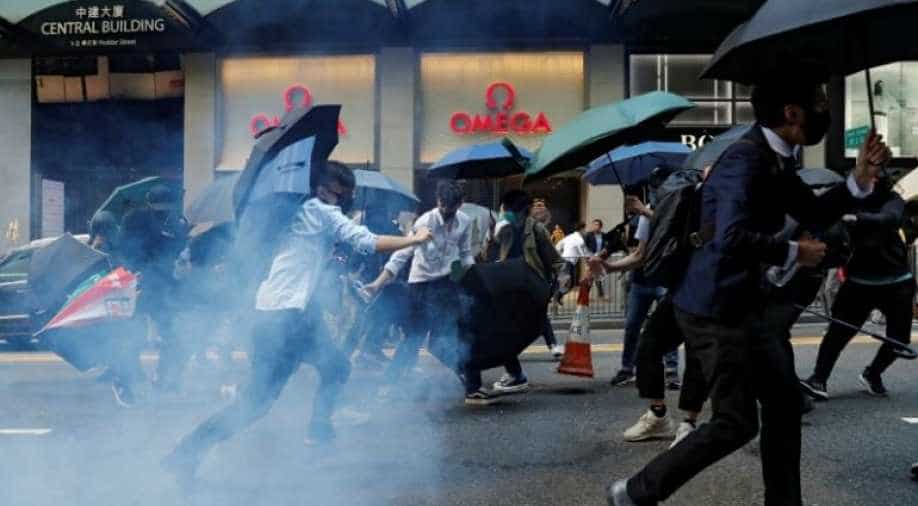 Some global companies are considering shifting some of their treasury operations out of Hong Kong as the United States moves to end the city's privileges, senior bankers said, in the latest blow to the territory's status as a major financial hub.

U.S. President Donald Trump has begun the process of eliminating special U.S. treatment for Hong Kong to punish Beijing's decision to impose new national security laws there - which China and Hong Kong say will not hurt rights and freedoms.

Against the backdrop, a handful of global firms are eyeing a move of some of their corporate treasury operations to countries like Singapore, Malaysia, Thailand, and Vietnam, four senior bankers with knowledge of the matter said.

"Companies' treasury operations follow trade flow and now there are many questions around Hong Kong's status as a trade hub," said a Hong Kong-based banker with a leading global trade finance bank.

"Some (multinational corporations) are considering shifting a part of their treasury operations (out of Hong Kong) to start with and then gradually scale it up," the banker said.

A leading U.S. retail chain, which operates hundreds of stores around Asia, is already in early talks with its banks to move some cash management related operations to Singapore from Hong Kong, the banker said.

The bankers, who declined to be named due to the sensitivity of the matter, help companies set up the treasury centres and manage them. They are in talks with the companies about their likely relocation plans but said there was no strict timeline.

Also read: China rejects report that it delayed sharing coronavirus information with WHO

If it happens, the development would deal another blow to Hong Kong's status as a major financial hub, following widespread pro-democracy protests last year.

Already there are signs rich Chinese are seeking to park fewer funds in Hong Kong.

But the Hong Kong Monetary Authority (HKMA), the city's de-facto central bank, told Reuters via e-mail that interests from corporates in setting up treasury operations in Hong Kong remained strong.

"There is no noticeable sign of fund outflow from either the Hong Kong dollar or banking system," it said.

The end of the preferential treatment could hurt Hong Kong's hard-fought progress in competing with Singapore for treasury operations centres - which manage risk, borrowing, lending and raise capital for companies - in Asia.

While Singapore has historically had the edge thanks to its low tax base and pro-business policies, Hong Kong recovered some ground in recent years as the HKMA unveiled sweeping tax measures in 2016.

Chinese and global companies favour Hong Kong to run their treasury operations and reroute enormous amounts of trade via the city lured by the presence of large trade finance banks, ease in capital flow and access to foreign exchange liquidity.

All of this could come under threat if the U.S. pulls the plug on Hong Kong's special relationship.

"These political moves will see global companies putting in place back-up plans for their critical treasury operations," said another banker with an European bank.