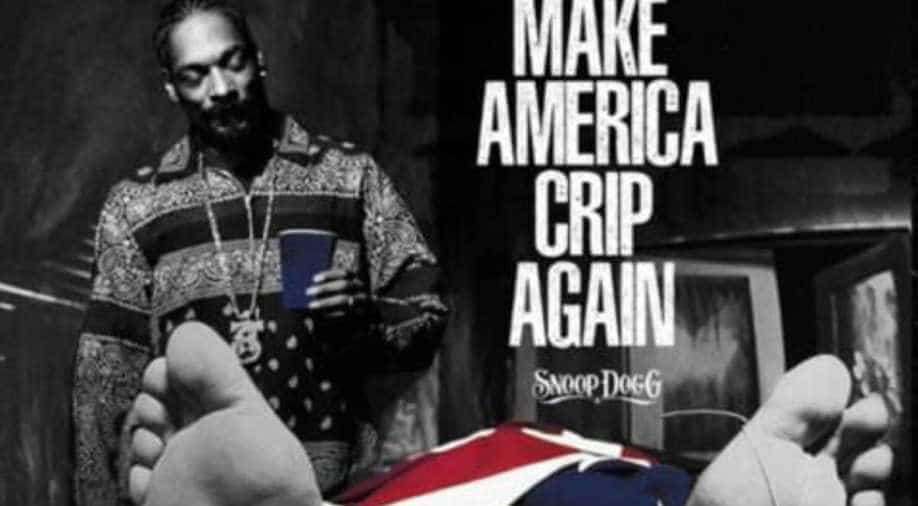 Snoop Dogg stirred up controversy when he posted a photo of his Make America Crip Again album cover on Instagram, which portrayed the dead body of President Donald Trump.

The since-deleted picture featured Snoop Dogg wearing a blue hat looking over a lifeless body draped in an American flag with a toe tag reading "TRUMP."

The 46-year-old rapper's publicist told Variety his album is already out with a different cover.

S/O to the legendary @SnoopDogg People don’t realize your still the OG! Paying homage to @icecube on #MakeAmericaCripAgain was genius. pic.twitter.com/7E1yNn89hE

Not only the cover, Snoop Dogg takes aim at Trump in the title track of the album as well, rapping, "The president said he wants to make America great again. F*** that s***, we gon' make America crip again."

Earlier this year, Snoop Dogg drew controversy after the release of his Lavender music video in which he pulled a fake gun on a clown dressed as Trump.