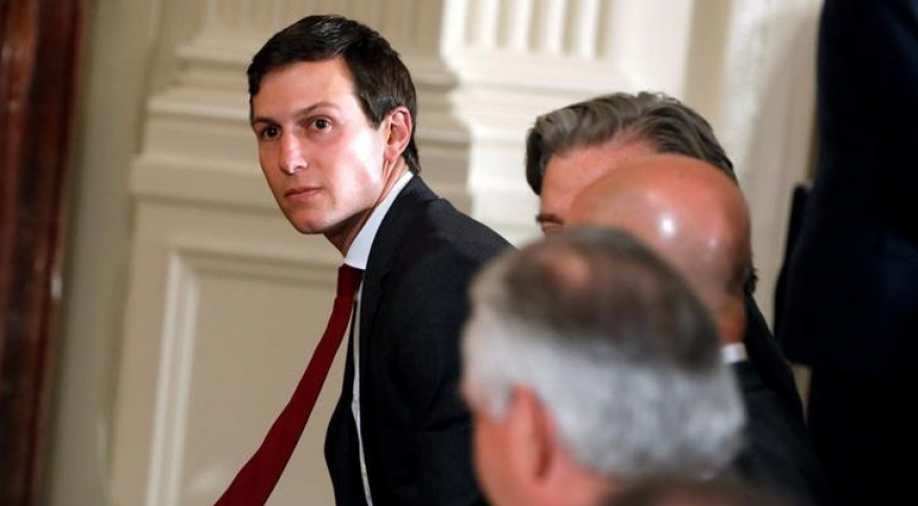 Jared Kushner is both a senior adviser and the son-in-law of US President Donald Trump. Photograph:( Reuters )

The sister of White House senior adviser Jared Kushner urged wealthy Chinese Sunday to buy stakes in real estate through a controversial programme that offers US residency in exchange for investment through the EB-5 visa programme.

Nicole Kushner Meyer was in Beijing Saturday and in Shanghai Sunday, seeking more than $150 million in investment in a luxury apartment complex project in New Jersey.

Jared Kushner, 36, is both a senior adviser and the son-in-law of US President Donald Trump with far-reaching influence over domestic and foreign policy. He stepped down from the family company in January to serve in the administration.

However, eyebrows have been raised as the Chinese investment sought by his family firm will be funnelled through the US EB-5 visa programme.

The EB-5 programme was created in 1990 to help stimulate the US economy through job creation and capital investment from foreign nationals, but detractors say it puts citizenship up for sale.

This offers foreigners permanent residency -- commonly known as a green card -- in exchange for investment of at least half a million dollars in a US business that must also create 10 American jobs.

Meyer told a crowd of more than 100 potential investors at the Four Seasons Hotel in Shanghai that her grandfather had come to the US as a poor refugee, labouring as a carpenter before building up a real estate empire.

But they could fast-track the process by buying into the 1,476-unit complex in Jersey City, scheduled to break ground in early 2018.

The investment drive, hosted by Chinese government-approved immigration agency QWOS, has sought to highlight the project's connections to the "famous" clan, raising concern over potential conflicts of interest.

On Sunday Meyer was introduced in Chinese to investors as a representative of "a famed celebrity investment family".

QWOS representatives courting potential investors on-site pointedly dropped the name of Trump's daughter Ivanka, who is Jared Kushner's wife and a popular icon on the mainland.

Attendees were reassured by an American lawyer that despite his tough talk on immigration, Trump himself was a key decision-maker for EB-5 policy and was unlikely to make any changes to it in the near future -- making it a safe path to US residency.

But acting sooner was better than later since investment thresholds were likely to rise come autumn and regulations tighten, he warned.

The housing complex, known as "One Journal Square", will include recreational facilities, child playrooms and a pet hospital, according to the QWOS website.

EB-5 investment from China will account for around 15 per cent of its total $976.4 million cost.

Sunday's presentations emphasised the complex's similarity to a Trump-branded luxury development a ten-minute drive away.

Those apartments were also developed by Kushner Companies, and about a quarter of the funding -- around $50 million -- was obtained via EB-5 investment, according to a report last year by Bloomberg News.

Most investors were Chinese and were brought in by QWOS, the company said.

Around a dozen clients had signed on for the new project after a Beijing event headed by Meyer the day before, QWOS representatives told AFP.

There, Nicole Kushner Meyer told investors that the project "means a lot to me and my entire family", and mentioned her brother's former role as chief executive of Kushner Companies, the New York Times reported.

Journalists had been asked to leave the room in Beijing. In Shanghai, they were told they could not attend the "private event" even though it was publicly advertised.

Kushner Companies are also due to pitch for investment in the southern Chinese cities of Shenzhen and Guangzhou next weekend, according to the QWOS website.

Nearly 90 per cent of EB-5 visas were issued to Chinese nationals in 2014, when the programme reached its quota of 10,000 visas.