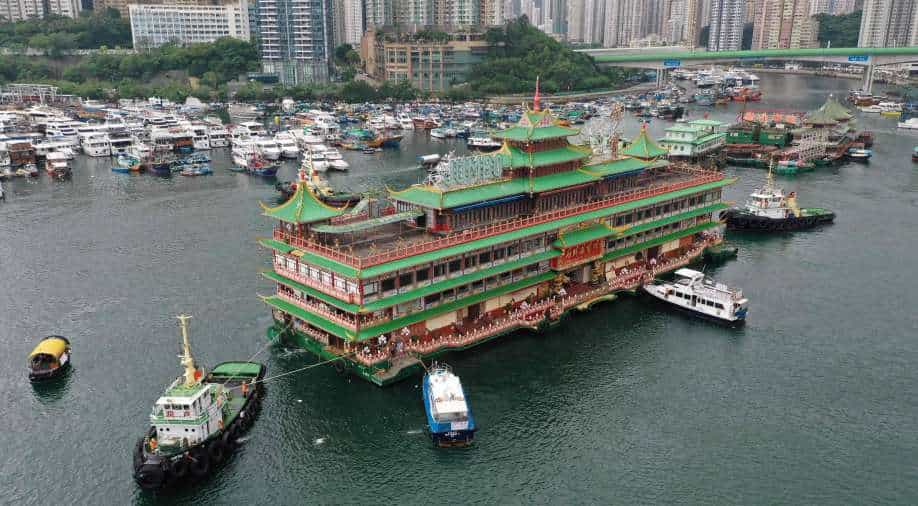 On Monday Aberdeen Restaurant Enterprises released a statement saying the vessel had capsized on Sunday near the Paracel Islands in the South China Sea after it "encountered adverse conditions" and began to take on water.

Mystery over whether the financially struggling tourist attraction, Hong Kong's Jumbo Floating Restaurant, had actually sunk while being towed away from the city last week deepened on Friday after its owner stirred confusion, as reported y AFP.

On Monday Aberdeen Restaurant Enterprises released a statement saying the vessel had capsized on Sunday near the Paracel Islands in the South China Sea after it "encountered adverse conditions" and began to take on water.

"The water depth at the scene is over 1,000 metres, making it extremely difficult to carry out salvage works," it added.

On Thursday night, Hong Kong's Marine Department put out a statement saying it had only learnt of the incident from media reports and had immediately requested a report from the company.

The department said the report was delivered on Thursday, saying the restaurant had capsized but that "at present, both Jumbo and the tugboat are still in the waters off Xisha islands," using the Chinese name for the Paracels.

Hours later an AFP journalist was contacted by a spokesman representing the restaurant who said the company had always used the word "capsized" not "sank".

Asked directly if the boat had sunk, he said again the statement had said "capsized", and did not explain why it had referred to the depth of the water when mentioning salvage.

The South China Morning Post reported a similar conversation with a spokeswoman for the company, in which they insisted the boat had "capsized", not "sank", but refused to clarify whether it was still afloat.

The newspaper said it had been told by the Marine Department that the company might have breached local regulations if it had not notified the authorities of a sinking incident within 24 hours.

Widespread reporting in both local and international media at the beginning of the week that Jumbo had sunk was not contradicted by the company.