Seychelles imposes COVID-19 curbs despite being world's most vaccinated nation 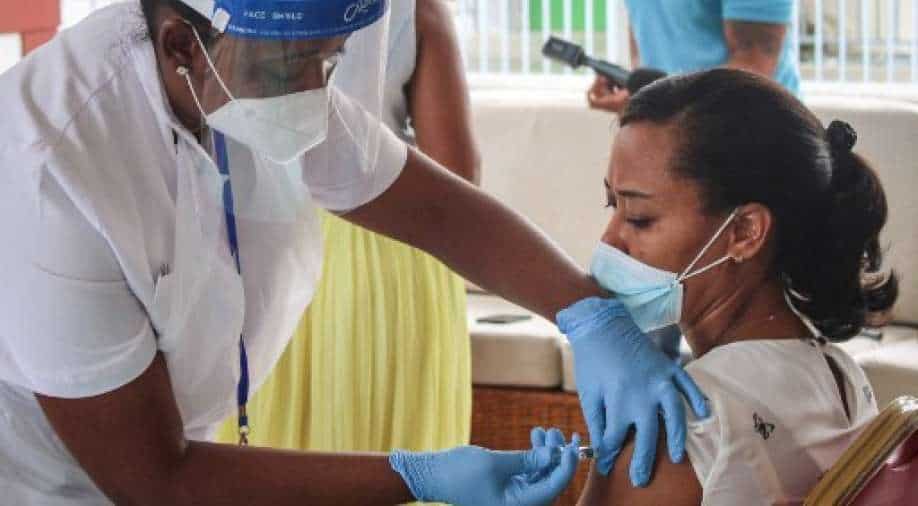 Seychelles joined Britain, Bahrain, US, Chile and  Maldives who have ensured vaccination of more than 10 per cent of their population. The country has vaccinated 59,600 people comprising 85 per cent of the population.

Seychelles, a popular tourist destination located in the Indian Ocean archipelago announced it has imposed coronavirus curbs due to rising cases even though most of its citizens have been vaccinated.

The country was quick to vaccinate its population with 60 per cent people having received two doses. However, the number of cases rose to over 1,000 in May as authorities moved to impose restrictions as officials pointed towards Easter celebrations as the possible reason for the sudden spurt in cases.

Peggy Vidot, the health minister described the COVID-19 situation as "critical" with daily cases rising over the past week. The authorities have banned intermingling of households and ordered early closure of bars, casinos and restaurants to bring the coronavirus situation under control.

Schools have also been closed and public gatherings have been banned including group sporting activities and conferences and night curfew put in place. All non-essential workers have been ordered to work from home.

Seychelles joined Britain, Bahrain, US, Chile and  Maldives who have ensured vaccination of more than 10 per cent of their population. The country has vaccinated 59,600 people comprising 85 per cent of the population.

The United States has injected the maximum number of people than any other nation with over 60 million doses. Israel has vaccinated over 55 per cent of the population, according to reports.

Seychelles has been vaccinated its citizens with the Chinese vaccine Sinopharm since January which was donated by the United Arab Emirates, it has also bought other vaccines since then. The health authorities have also used India's Covishield vaccine which is a version of AstraZeneca.

The country recorded 497 new coronavirus cases in just three days with over 1,000 active cases. The new "upward trend" alerted authorities with local citizens accounting for  84 per cent of the cases and 16 per cent infections being reported from foreigners. The country has 6,373 confirmed cases and 5,277 recovering including 28 deaths.

President Ramkalawan will review the situation again on May 24 and decide whether to keep the restrictions in place even hospital admissions have increased putting pressure on health workers.