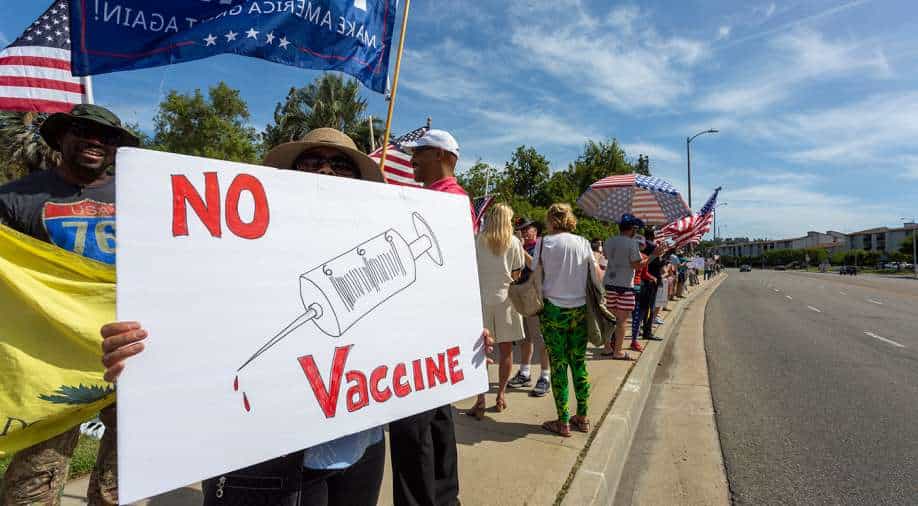 (image for representation) Anti-vaxxers in US Photograph:( AFP )

Seven doctors, who are staunch anti-Covid vaccine, contracted the deadly virus after attending an event in Floria to discuss alternative methods to cure coronavirus.

Among those who fell include a 71-year-old doctor who said that he and his wife have been taking ivermectin tablets for 16 months as a precaution against COVID-19.

“I have been on ivermectin for 16 months, my wife and I,” Dr Bruce Boros told the audience at the event held at the World Equestrian Center in Ocala, adding, “I have never felt healthier in my life.”

Also read | Travellers vaccinated with WHO approved Covid vaccines can enter US: CDC

It was also reported that masks and social distancing were not followed at the event.

Boros reportedly began taking ivermectin as a personal research project last summer and has administrated it to several patients, including his father.

At a summit in Ocala, he criticised his 97-year-old father for taking a COVID-19 vaccine, saying, he was “brainwashed” and that he “wanted to give him a spanking.”

Also read | Colleges say students must get a Covid vaccine. But no, not that one.

Ivermectin is a generic drug that has been used for decades to treat river blindness, scabies and even head lice. Veterinarians also use it, in different formulations and dosages, to treat animals for parasites like worms.

After the pandemic began, some countries started prescribing the medicine to treat Covid. Among them was former US president Donald Trump and his Brazilian counterpart Jair Bolsonaro.

However, several scientists later undertook research to find whether ivermectin treats Covid. It was later found to be false.

United States Food and Drug Administration and the Centers for Disease and Prevention (CDC) also recommend not using ivermectin as a treatment for COVID-19 saying that there is no evidence the drug protects or cures patients.