Colleges say students must get a Covid vaccine. But no, not that one. 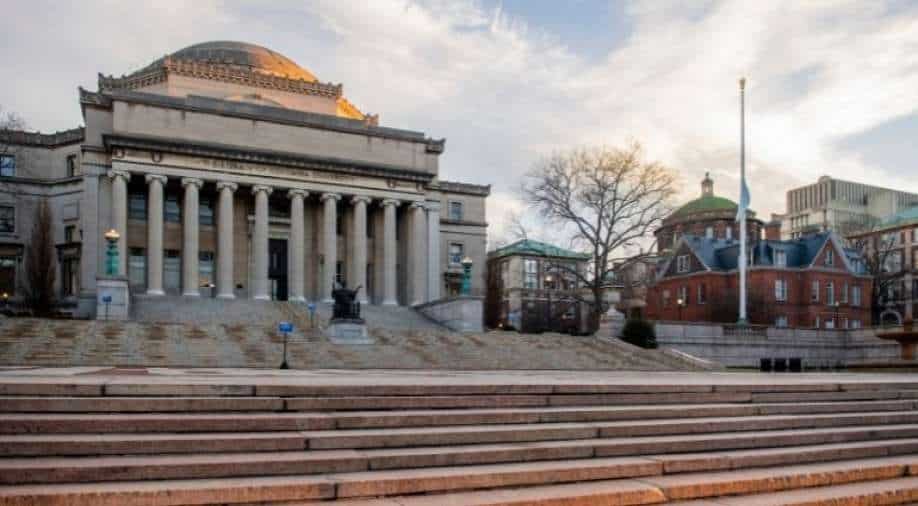 File Photo: Columbia University, which is among more than 400 American colleges requiring proof of a Covid-19 vaccination before a student can start classes, in New York. (Brittainy Newman ©️ 2021 The New York Times) Photograph:( The New York Times )

Neither Covaxin nor the Sputnik V vaccine, which is manufactured in Russia, has been approved by the WHO

Milloni Doshi, a 25-year-old student from India who is supposed to start her master’s degree this fall at Columbia University’s School of International and Public Affairs, has a problem.

Although Doshi has been vaccinated against the coronavirus, she received two doses of Covaxin, which is made by an Indian manufacturer and is not currently approved by the World Health Organization, as required by the university in New York.

Columbia has told her she will need to be revaccinated with a different vaccine once she arrives on campus, but no one can say for sure if it is safe to do so.

“I am just concerned about taking two different vaccines,” she wrote via a messaging app. “They said the application process would be the toughest part of the cycle, but it’s really been all of this that has been uncertain and anxiety-inducing.”

Since March, more than 400 colleges and universities in the United States have announced vaccine mandates, requiring students to be immunized against the coronavirus. But the rules have been designed primarily with domestic students in mind, leaving international students scrambling, particularly those in India and Russia.

Neither Covaxin nor the Sputnik V vaccine, which is manufactured in Russia, has been approved by the WHO. American students, however, have access to the Pfizer-BioNTech, Moderna and Johnson & Johnson vaccines, three of the eight authorized by the health agency, according to a WHO spokesperson.

The disparity could hinder colleges that have made it a major priority to retain international students, who brought in close to $39 billion in tuition dollars in the year before the pandemic, according to one analysis.

“Universities want to enroll international students because they add diversity to the campus community, and they bring money,” said Terry Hartle, senior vice president at the American Council on Education. “It’s why this has been a subject of intense discussion.”

The situation is particularly challenging for students in India, which sends approximately 200,000 international students to US colleges every year, the second most after China. The subcontinent is emerging from the grips of one of the most severe waves of the pandemic, when burial grounds were running out of space and funeral pyres were nearly constantly burning. Vaccine shortages are so acute that only 3 per cent of the population is fully immunized, and getting an appointment is a taxing affair.

In some parts of India, students planning on attending US universities have turned to the black market, paying hundreds of dollars to be vaccinated. Others have hired people to spend up to 12 hours online trying to line up a vaccination slot.

It is hard enough just to get an appointment, but even more so to secure one for a vaccine that will be accepted by US campuses.

“Every day, we get 10 to 15 messages and inquiries, saying, ‘What does this mean? How does this impact me?’” said Sudhanshu Kaushik, 26, who dropped out of his MBA program at New York University last year to run the North American Association of Indian Students, which is working to help fellow students.

Also Read | Fauci says US teens should get vaccinated by autumn, younger children next year

Among the questions flooding Kaushik’s inbox: What happens if I cannot get my vaccine in time? Will I still be allowed to matriculate in the fall? What should I do if the vaccine I can get locally is not approved by my college?

At Indiana University, which announced its vaccine requirement less than two weeks ago, administrators are working overtime to answer the roughly 200 phone calls and 300 emails that are pouring in every day from the university’s roughly 6,000 students overseas, said its vice president for international affairs, Hannah Buxbaum.

“Ringing off the hook doesn’t begin to describe,” said Buxbaum of the volume of calls from overseas students who are trying to navigate the vaccine bureaucracy in their home countries as well as a host of other virus-related problems, from flight bans to shuttered consulates.

“There is no question that there is anxiety and concern among our international students,” she said.

The Centers for Disease Control and Prevention has tried to provide guidance. The agency considers people fully vaccinated several weeks after they have received the requisite doses of any of the vaccines authorized by the WHO, said a spokesperson, Kristen Nordlund.

Besides the three vaccines currently available in the United States under emergency authorization by the FDA, the world body has, according to its website, also approved three versions of the AstraZeneca vaccine, including one made in England and one made in India; the Sinopharm vaccine, which is manufactured in China; and, as of this week, the Sinovac vaccine, also made in China.

Many universities appear to be following these guidelines: “If a student has had a WHO-approved vaccine,” said Clayton Rose, president of Bowdoin College, “then the student will be considered to be vaccinated.”

At Columbia, where one-third of the student body is from overseas, international students will be asked to present either their WHO booklet or a letter from a physician confirming they have received the requisite doses of one of the vaccines vetted by the world body, said Donna Lynne, chief operating officer of the university’s medical center, who heads the campus’s COVID-19 response.

But that leaves two categories of students that will face a more complicated, and potentially problematic process.

There are those who will not succeed in securing a vaccine before the start of the fall semester. Bowdoin and many other universities say they plan to have clinics on campus that will offer one of the three FDA-authorized vaccines.

The trick is that two of those, Pfizer and Moderna, require the first and second dose to be spaced three weeks apart; because someone is only considered fully vaccinated two weeks after the last dose, the process lasts a minimum of five weeks. During that time, will students be required to quarantine while the rest of campus goes back to normal? Will they need to undergo routine testing?

Campuses are proposing different measures, with some saying that those students will need to self-isolate in their dorm and attend classes remotely. Others are saying the students will be expected to wear a mask and undergo testing.

The more complicated scenario is if students received a vaccine that has not been approved by the WHO, like Sputnik or Covaxin. Many colleges are proposing that those student will need to be revaccinated, which presents both medical and logistical conundrums.

No data exists on whether combining vaccines from different companies is safe.

She added that the CDC was recommending that people who were vaccinated outside the United States with a vaccine that was not authorized by the WHO should wait a minimum of 28 days before taking the first dose of one of the FDA-sanctioned vaccines.

Many universities were vague on how they plan to deal with the logistical complexity of spacing out these unrelated vaccines, beyond saying that they planned to accommodate students undergoing this process.

While much remains in flux, at least one major university system is planning on deviating from the CDC guidelines.

California State, the largest public university system in the country with 23 campuses enrolling nearly a half-million students, plans to accept any vaccine a student received if it was authorized by the regulatory agency in their country of origin, said Chancellor Joseph Castro.

“They will be able to satisfy the requirement,” he said, “as long as the vaccine they receive is approved by something similar to an entity like the FDA.”

Facing mounting pressure from confused and anxious students, at least six regional governments in India have announced emergency clinics in the past week to vaccinate students heading to US universities.

One of them is in Maharashtra, the state that includes Mumbai and is where Doshi lives, although the move came too late for her since she is already vaccinated with an injection Columbia does not accept. Instead of concentrating on her future course of study, she is fretting over whether the vaccine she will need to get upon arriving at Columbia will cause an adverse reaction.

“Truthfully, it was easier to get admitted than to handle the post-admissions process,” she said.