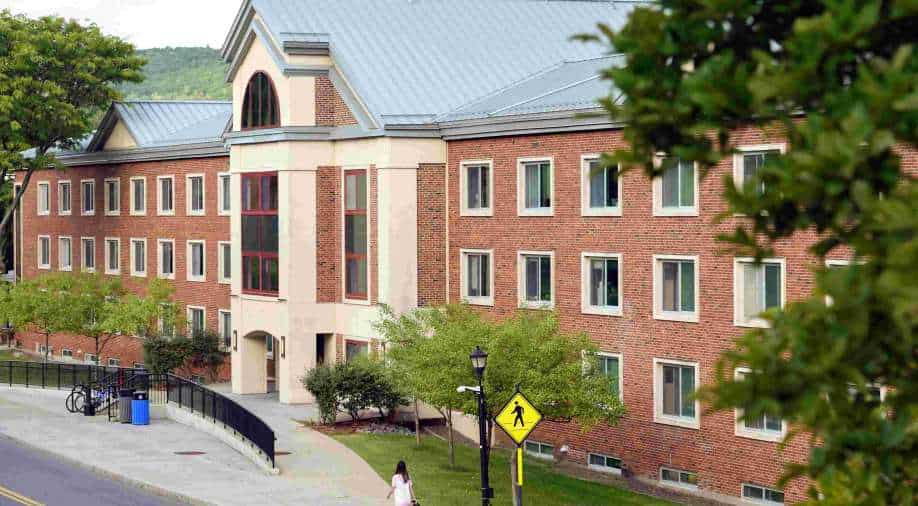 Since the start of the fall semester, most universities have planned to end in-person classes before Thanksgiving and require students to finish the term remotely, partly to avoid an expected wave of cold-weather infections.

As Thanksgiving approaches, millions of Americans are weighing the risk of pandemic travel against the yearning to visit friends and family. But one group seems all but certain to be heading home in large numbers just in time for turkey and holiday gatherings: college students.

Since the start of the fall semester, most universities have planned to end in-person classes before Thanksgiving and require students to finish the term remotely, partly to avoid an expected wave of cold-weather infections. That means that in a couple of weeks, hundreds of thousands of students will be streaming back to hometowns until the spring semester begins.

So what are colleges and universities doing to reduce the chances that those students might carry the coronavirus with them?

As has been true with so much of the nation’s pandemic response, the answer is a patchwork of policies, with a minority of schools mandating that students test negative for the coronavirus before they can leave campus — and many more offering little more than optional testing and advice.

Indiana University in Bloomington — where dozens of fraternity and sorority houses had to quarantine in September — will open its weekly surveillance testing to all of the 42,000 students living on or near campus. But the testing will be voluntary for most.

Pennsylvania State University — where off-campus parties around the football opener Oct. 24 drew a rebuke from President Eric J. Barron — will offer free exit tests and strongly encourage students to get them but will not make them mandatory for the more than 13,500 students in university housing or the tens of thousands living off-campus.

“We have found that students are responding well to our voluntary, convenient and free walk-up testing sites,” the university said in a statement.

The University of Michigan — where infections recently spiked so severely that local health officials issued a stay-in-place order — will make exit tests mandatory for some 5,000 undergraduates in university housing but voluntary for thousands more living off-campus.

At the other end of the spectrum, a smaller number of schools are insisting on exit testing.

New York state’s university system — whose Oneonta campus ceased in-person classes in September after more than 700 students tested positive for the virus — will require “all students using on-campus facilities in any capacity” to test negative for the virus within 10 days of their departure and to quarantine according to county health rules if they test positive, whether they are on or off-campus. The plan will entail testing about 140,000 students at SUNY’s 64 colleges and universities.

Tulane University in New Orleans will test undergraduates twice in the last week of class, including those living off-campus. Hamilton College in Clinton, New York, will require students to show a minimum of two negative coronavirus tests on the week before departure. Those who test positive at Tulane will be offered housing and support and “strongly advised” not to travel, according to a school spokesman, while Hamilton has reserved quarantine rooms at a local hotel and plans to work with local health officials to track down any student who refuses to isolate.

And in Massachusetts, where cases have been surging, Boston University has asked students not to leave campus, period, until Dec. 10, when classes end.

Calling universities’ Thanksgiving plans “all over the map,” A. David Paltiel, a professor of health policy and management at the Yale School of Public Health, said colleges should be keeping isolation dorms open for students who test positive just before Thanksgiving.

“There’s a responsibility not to unleash little ticking time bombs,” said Paltiel, noting that recently exposed students can feel well and still shed large quantities of the virus. “But this has not yet hit the radar screen of many college administrators.”

The Centers for Disease Control and Prevention has not issued guidance specific to holiday breaks for college students, though it has advised that “travel increases the chance of getting and spreading the virus that causes COVID-19.”

The American College Health Association, which represents college health officers, recently issued public health guidelines recommending that schools encourage students to get tested before their Thanksgiving departure, refrain from traveling if they test positive and quarantine for 14 days at home upon arrival. But the association stopped short of calling for mandatory testing.

Gerri Taylor, co-chair of the organization’s COVID-19 task force, said that, while testing is key, many financially strapped colleges could not afford it.

More than a third of the country’s colleges and universities invited students back for the fall with some degree of socially distanced campus housing or face-to-face instruction, according to the College Crisis Initiative and the Chronicle of Higher Education, which have been tracking about 3,000 schools.

The New York Times has documented more than 252,000 coronavirus cases and at least 80 deaths on college campuses since the pandemic began. Most of the deaths involved college employees in the spring. But at least four students have died this semester after contracting COVID-19.

Nationally, the virus has continued to smash records, averaging 111,175 cases per day over the past week. Infected people are most contagious in the days before they display symptoms, and up to 40% are asymptomatic, according to CDC research. That is why epidemiologists cite fast, widespread and frequent testing of people with and without symptoms as the best way to pinpoint and contain outbreaks.

That level of testing has posed an immense financial hurdle for the many colleges that have had to cut budgets, lay off or furlough faculty and spend millions on health measures during the pandemic.

Some schools — mostly small, rural schools with limited sports programs and Greek life — mandated frequent and widespread testing and contact tracing, sent scofflaws home and managed, often at significant cost, to allow students to keep attending face-to-face classes and living in dorms. Others have opted for less aggressive — and generally less successful — measures, such as testing only volunteers or people with symptoms.

Colby College, which has required twice-a-week testing and largely kept the virus at bay throughout the semester, will test its roughly 2,000 students Monday, Tuesday and Wednesday of Thanksgiving week. If they test positive, the college will house and feed students for two weeks or work with Maine health authorities on alternate plans for isolation.

It will also offer a free flu shot before sending students home. They will be required to be tested before they return to campus in Waterville, Maine, early next year, and will be immediately tested upon their arrival at school — and then again two days later, remaining in quarantine until they are clear.

Indiana University has been testing a sampling of its faculty, staff and students each week to identify and contain outbreaks. After starting the semester with nearly 6% of those tests returning positive, the Bloomington campus is now about 1%, considered very low, Chuck Carney, a university spokesman, said. The university has recorded more than 3,100 cases since the beginning of the pandemic.

But while the university is offering testing to all students just before Thanksgiving, most students will not be required to take one.

“I would rather give people as much information as possible and trust that they’re going to make a decision that’s best for them and their families instead of putting down rules that could be broken,” said Erika Cheng, the university’s deputy director for mitigation testing.

Sheldon Jacobson, a risk assessment specialist and professor of computer science at the University of Illinois who has studied the pandemic’s effect on campuses, said many colleges are getting better at containing outbreaks and reducing infection levels, though some large ones continue to struggle.

“Most of the students will be going to communities with higher infection rates than where they’re leaving,” Jacobson said.

Even so, Paltiel said testing should be mandatory. Voluntary exit tests, he said, merely bring out “the worried well and the symptomatic.” And not testing and quarantining again when students get home ignores the real possibility that they could be infected while traveling. “The last thing you want to do is put a whole bunch of students on planes, trains and automobiles, with many of them potentially exposed but not yet exhibiting symptoms, and ship them home to Mom and Dad,” he said.