September 11 in Chile: A personal account of torture and mass murder

Many emphasised the role of U.S. Secretary of State Henry Kissinger in working with Pinochet to organise the Chilean coup Photograph:( Others )

The Andes Mountains are the longest mountain range in the world, dominating South America. They continue north through Central America and Mexico to become the Rocky Mountains of the United States and Canada. In South America, the Andes has numerous peaks over 5,000 meters, so it is quite a formidable range. The Republic of Chile is a narrow strip of land from the Andes to the Pacific Ocean, 4,270 km in length but with an average width of only 177 km and relatively isolated from its neighbours by the towering mountains to the east, the dry Atacama desert in the north, and the waters of the Pacific to the south and west.

Because of its unique geography, the territory was sparsely settled before Spanish conquest and colonisation, so that today the population is as much European as indigenous in origin. Copper mining has been a mainstay of the economy and in 1905 the US-owned Anaconda Copper Company came to control most of the production, so that through the course of the 20th century, copper provided the bulk of Chile’s exports and Anaconda Copper dominated economy and politics.

With booming copper exports and a relatively small population, Chile enjoyed a generally higher standard of living than its neighbours but still suffered from underdevelopment, lack of industrialisation, low wages, mass poverty, and extreme inequality of wealth and power.  A small, mostly white oligarchy retained control of politics. Following a military coup in 1924 and a subsequent return to democracy, Leftist political parties slowly became more popular, in large part influenced by radicalised copper miners and their increasingly militant trade unions. In 1970, a coalition of the Socialist and Communist parties elected Dr Salvador Allende, a physician, to the presidency.

I started graduate study in history at UCLA that same year, with a concentration in Latin American labour history. I passed my Ph.D. exams in May 1973 with a dissertation project on Chile because it seemed to have the most successful labour movement in Latin America, one that had brought a socialist into the presidency.  I received a Doherty fellowship to go to Chile for a year for archival research towards the dissertation and arrived in Santiago, the capital, in late August 1973.  I had taught myself to read Spanish in graduate school but could hardly speak anything except the rudiments, and certainly didn’t know a single person in the country when I arrived.

On the morning of September 11, 1973, I left my apartment and headed downtown for the National Archives, where I was beginning my research on the origins of the Chilean labour movement. On the walk there, I noticed many military tanks on the streets and when I reached the Archives, located across the street from the National Palace, I found it closed for reasons I didn’t understand at the moment.

Suddenly, all hell broke loose as the tanks I had seen earlier opened fire on the Palace where President Allende was, military jets flew overhead, and with militants trying to defend the president, the area turned into a war zone.  I dived under a car parked on the street in front of the Archives to avoid getting shot, then realised if I stayed there, I’d probably die, so I took off running.

A full-scale civil war was under way, bullets and rockets were flying about, people all around me were dropping, and it was just random who lived and who died.  I made it out of the fire zone and back to my apartment, where my neighbour told me that there was a military coup underway.

I was probably the only person in the entire country unaware of the coup that morning as I had no radio, no television, no friends, hardly any acquaintances.  With the news of the military uprising, which I had just witnessed minutes earlier, I was scared and didn’t know what to do, so I went to the apartment of an American graduate student I had met in the archives. He spoke English and had been in the country for a year, so I thought I might get some advice.

He told me that there was a 24-hour military curfew, which meant that I was trapped at his place for the time being.  And there I was when a few days later there was a loud knock on the door followed by dozens of soldiers pouring into his apartment. They grabbed us, dragged us out to the courtyard of the apartment complex, and immediately began to beat us, stomp on us, cut us with bayonets, pound us with rifle butts, threaten us with machine guns in the ear, occasionally stopping to ask questions.  Of course, with my meager Spanish and scared to death, I couldn’t understand anything, but they interpreted my silence as resistance and redoubled the beatings.

After some hours of this, they dragged us off to a prisoner bus parked nearby which they were filling with folks mostly in the same condition as us.  Just before the bus took off, an officer came up to the two American prisoners, handed us our American passports that they had discovered in the process of tearing up my friend’s apartment, apologised and said we could go.  From the looks of it, since we were not permitted to talk with the other prisoners, we were the only Americans on the bus, the rest apparently Chileans or Latin Americans.  The bus left and to the best of my knowledge, my fellow prisoners were taken off to torture and death. If I had to guess, they didn’t want to kill US citizens.

A few days later, the curfew lifted and I went to the U.S. embassy, which then put me on the first embassy-arranged flight out of Chile, a shaky DC-4 flying over the towering Andes to safety in Buenos Aires, Argentina, where after a week in a seedy hotel and without money, I was able to get a flight back to Los Angeles.  The torture had taken its toll, I suffered internal injuries and bleeding and needed time to heal, along with the psychological scars.  After a couple of months, I regained my health, still needed to write a dissertation and had not spent much of the fellowship money in Chile, so in December I went to Mexico City to see if I could figure out a topic on a country I had never studied and about which I knew nothing.

At the time of the coup and for some time after that, I didn’t really understand what had happened in Chile except the basics. The Chilean oligarchy had aligned with the armed forces to tear down, smash democracy and terrorise the civilian population through mass torture and mass murder.  Over time, reports began to filter in about U.S. participation in destroying Chile’s Constitutional government and the extent and depth of the torture regime that the leader of the coup, General Augusto Pinochet, implemented.

Some years later, in 2007, Naomi Klein published The Shock Doctrine, The Rise of Disaster Capitalism, a brilliant volume that for me was an eye opener. It explained how the U.S. orchestrated the rise of neoliberalism and austerity programmes via military coups throughout Latin America: Argentina (1976), Brazil (1964), Chile (1973), and Uruguay (1973), along with similar actions around the world. However, I was most interested in the chapter on Chile, the details of which both explained the coup and brought back the horror I had experienced.

Torture was only a tool to subdue the local population, to allow such neoliberal policies as breaking the unions, imposing austerity, carrying out free market reforms which inevitably punished the poor.  With U.S. planning and support, the new military governments freely employed torture, murder, and repression as methods to achieve unpopular economic policies.  The books strikingly emphasised the role of then U.S. Secretary of State Henry Kissinger in working with Pinochet to organise the coup.  It is a powerful book and given what I lived through, accurate in its account.

Pinochet remained in power until 1990, and though the country eventually returned to democracy, the Socialists, Communists, and trade unions never recovered their influence. Too many people had been tortured and killed.  Personally, I had no interest in going back, had fallen in love with Mexico, where I lived and ended up teaching at the university until 1984, when I returned to the U.S. with my Mexican wife.

Chile had taught me that, however, old a democracy may be, when the rich and powerful feel threatened, they will act.  It won’t be peaceful and it won’t be nice. Growing up in the United States simply had not prepared me for the world outside. As it turns out, according to the Shock Doctrine, for the machinations of a government that I thought I knew, but in truth, did not know at all. 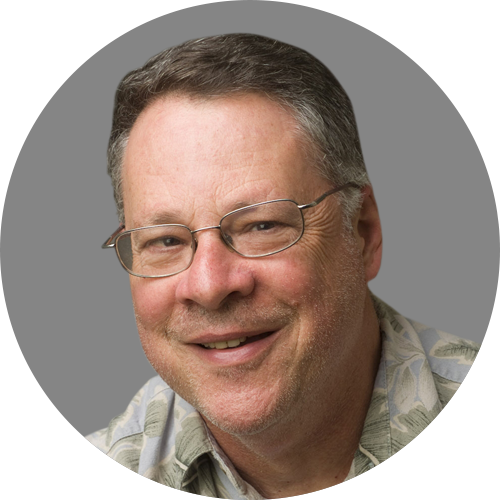 The writer is professor of history at the Appalachian State University. He was awarded the Guggenheim Fellowship for his work on Mexican history.