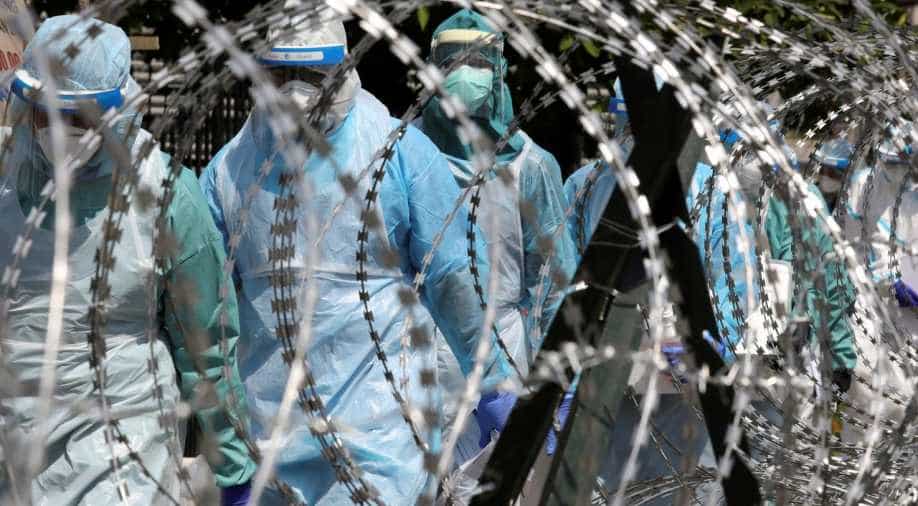 The United Nations and rights groups have called on Malaysia to stop the crackdown and criticised authorities for going after a vulnerable community during the pandemic.

A new cluster of coronavirus infections has broken out in Malaysia at a detention centre for undocumented migrants.

The health ministry said on Saturday that 21 cases were identified at the Semenyih detention centre near the capital Kuala Lumpur, which houses around 1,600 detainees. It is the second detention centre at which a cluster of virus infections has broken out. Around 60 cases were reported among the 1,400 detainees at the Bukit Jalil centre earlier this week.

The centres they are detained in are often crowded, with dozens of migrants packed in a single cell. The United Nations and rights groups have called on Malaysia to stop the crackdown and criticised authorities for going after a vulnerable community during the pandemic.

On Saturday, Malaysia reported 48 new coronavirus cases, bringing the total number of infections in the country to 7,185. The health ministry also said no new deaths were recorded, with the number of fatalities remaining at 115.

The migrants were screened before their arrests, but the virus may not have been detected during the incubation period, officials said.

Malaysia has this month arrested more than 2,000 foreigners for not having permits that allow them to be in the country following raids in areas under lockdown. In recent weeks, there has been public anger towards refugees and other foreigners, who have been accused of spreading disease.