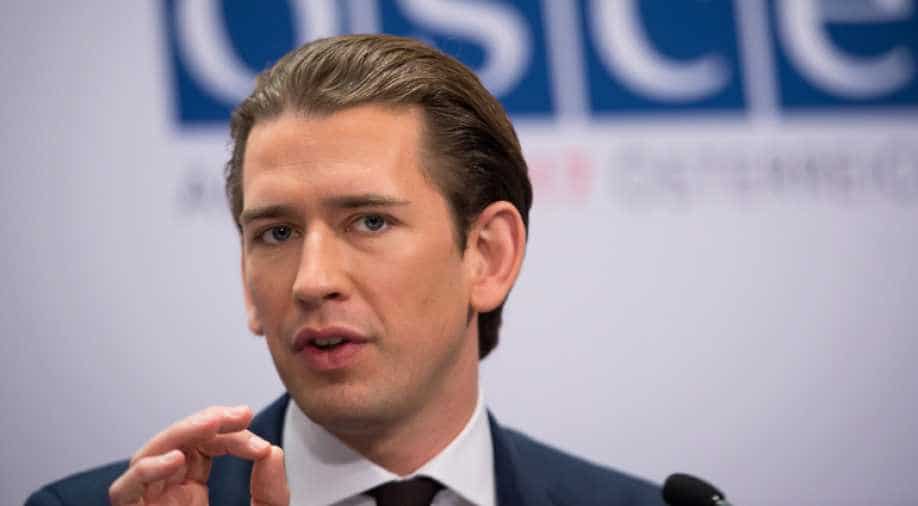 The polls were triggered after a corruption scandal engulfed Kurz's far-right ally after just 18 months in government together.

"We have succeeded to unite the best of both worlds... It is possible to protect the climate and borders," said Kurz, whose People's Party (OeVP) again gained the most votes in snap elections in September.

The polls were triggered after a corruption scandal engulfed Kurz's far-right ally after just 18 months in government together, during which the 33-year-old had carefully cultivated his image as a hardliner on immigration.

Greens leader Werner Kogler said the two disparate parties had managed to "build bridges" to form a government for "the future of Austria".

It will mark the first time the Green party has been in power. The ecologists made key gains in the September polls with the environment replacing immigration as the top voter concern.

Kogler said the Alpine country - which has been among just a handful of EU nations that have seen their greenhouse gas emissions continue to increase between 1990 and 2017 - would aim to become a frontrunner in terms of fighting climate change in Europe.

The two leaders indicated they would reform the tax system to lower the burden on Austrians -- a key OeVP promise -- but at the same time introduce higher eco taxes in line with the Greens' campaign.

Kogler said transparency, including freedom of information, and fighting poverty among children, the elderly and women would also be a priority.

The two leaders will present their detailed government programme on Thursday.

Describing a deal as a "huge stretch", analyst Thomas Hofer warned Kurz could lose voters he gained from the FPOe, which he managed to pick up in the September polls, when the OeVP got 37.5 per cent in total.

The Greens secured 13.9 per cent of the vote, their best-ever result, due to the environment replacing immigration as top concern in the country of 8.8 million people.

Hofer said other European countries, such as Germany, could also see Conservative-Green party coalitions in the future. Sweden, Finland, Lithuania and Luxemburg already have Greens in government.

"Kurz is setting a certain trend maybe ahead of time, and this is certainly something also on the international stage that he would be able to sell," he said.

Hofer described Kogler, who is expected to be vice-chancellor, as a "pragmatist" who had stabilised the party.

The 58-year-old took on the leadership after the party lost all their parliamentary seats in a shock defeat in 2017, largely due to infighting and splits.

A congress of the party's almost 280 delegates must still endorse the coalition agreement, but they are expected to do so.

"It's a historical chance for them," Hofer said.

As junior coalition partner, the Greens are expected to get four ministries, including an enlarged environment ministry that also comprises infrastructure, traffic, energy and technology, according to a party representative familiar with the negotiations.

The OeVP will maintain control of the rest, including the coveted interior ministry -- previously headed by a far-right official and embroiled in scandal -- and the finance portfolio.

The far-right FPOe -- previously riding a wave of populist sentiment seen across Europe -- was routed in the polls after the so-called "Ibiza-gate" graft scandal brought down their then-leader and vice-chancellor in May and caused the government to collapse.