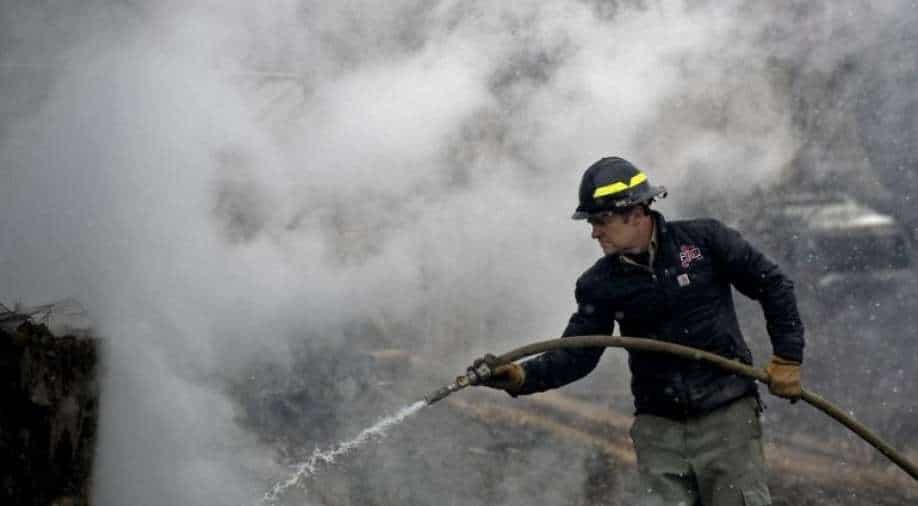 Although fires are a natural part of the climate cycle and help to clear dead brush, their scale and intensity are increasing

A scientist has highlighted the role played by climate change in the devastating Colorado wildfire that wiped out swaths of several towns and forced thousands of people to flee with little notice.

According to Natasha Stavros, director of the Earth Lab Analytics Hub and a fire scientist who studies mega-fires at the University of Colorado-Boulder, "This kind of event that happens in December with a lot of rain to increase fuels early in the year and then no rain later in the year that dries them out is very much associated with climate change."

"As we continue to develop out into the wildlands, we have to really think about how we're doing that development - both in how we provide energy, the kind of wind we would expect, and also how we're using that land and maintaining that land around those urban areas, and what ignition sources we're bringing with us," she said.

Boulder County received above-average rainfall in May and July of last year, giving the county's grasses plenty of water to grow as per the data from the National Oceanic and Atmospheric Administration (NOAA).

That rainfall dropped off dramatically in August and remained below historic averages for the remainder of the year, as the county entered winter with little to no precipitation that caused the grasses that surround the towns to dry out, making them more combustible for fires.

Although fires are a natural part of the climate cycle and help to clear dead brush, their scale and intensity are increasing.

Scientists say a warming climate, chiefly caused by human activities such as the unchecked burning of fossil fuels, is altering weather patterns.

Boulder County Sheriff Joe Pelle told journalists that one person has been found and two are still feared dead following the fire.