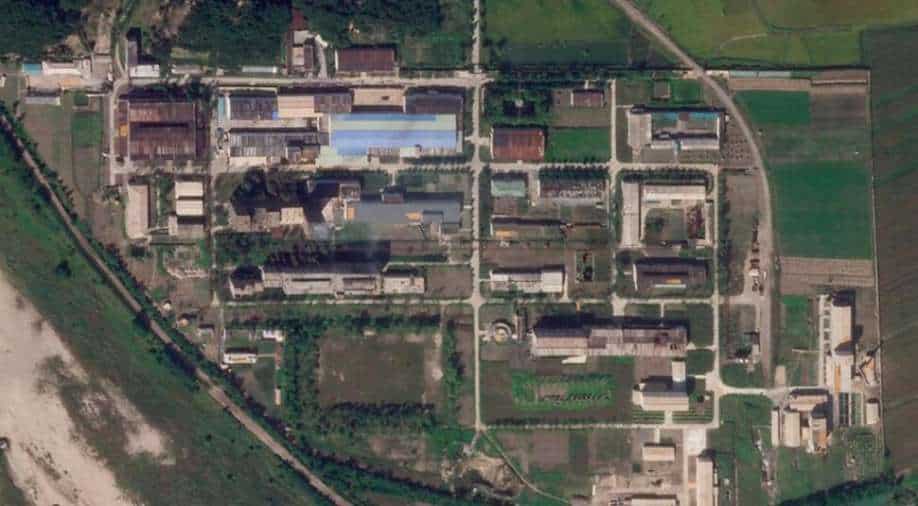 As per the report, the photos taken by satellite imagery company Maxar showed construction in an area adjoining the uranium enrichment plant at Yongbyon

The recent satellite images which have emerged show that North Korea is expanding a uranium enrichment plant at its main Yongbyon nuclear complex as experts say that the move shows an intent to boost the production of bomb materials.

“The expansion of the enrichment plant probably indicates that North Korea plans to increase its production of weapons-grade uranium at the Yongbyon site by as much as 25 per cent,” said Jeffrey Lewis and two other experts at Middlebury Institute of International Studies at Monterey.

As per the report, the photos taken by satellite imagery company Maxar showed construction in an area adjoining the uranium enrichment plant at Yongbyon.

The satellite image taken on September 1 highlighted that North Korea had cleared trees and prepared the ground for construction. Also, an excavator was also visible.

The report said a second image was taken on September 14, and it showed a wall erected to enclose the area, work on a foundation and panels removed from the side of the enrichment building to provide access to the newly enclosed area.

According to the report, the new area is approximately 1,000 sq metres and this would increase the plant’s capacity to produce highly enriched uranium by 25 per cent.

Earlier, North Korea launched both ballistic and cruise missiles toward the sea in tests. This was seen as an effort to diversify its missile forces and strengthen its attack capability on South Korea and Japan, where a total of 80,000 American troops are based.

Experts say both types of missiles could be armed with nuclear warheads.