Brutal torture in network of prisons in North Korea: Report 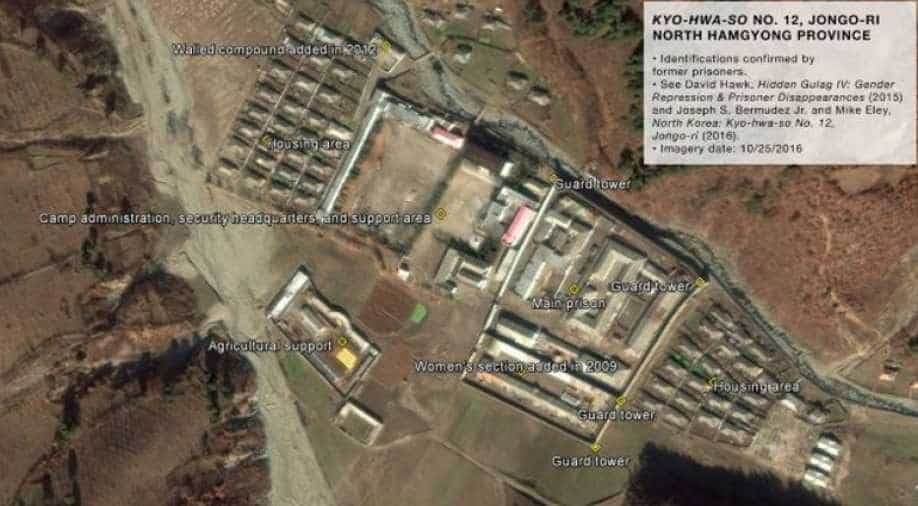 The report highlights the horrific treatment of the prisons which includes 'grossly inadequate food rations' resulting in consistent hunger and malnutrition.(Image source: The Parallel Gulag) Photograph:( Others )

The reports mention of a large number of deaths due to lack of medicine, inadequate diet, and brutal labour

In the latest release report by the Committee for Human Rights in North Korea, former UN human rights official, David Hawk has described the brutal conditions faced by the prisoners of North Korea.

The report also included satellite images of the country showing a series of prisons.

Hawk describes the political prisons as "system of arbitrary detention and severe repression".

The report highlights the horrific treatment of the prisons which includes "grossly inadequate food rations" resulting in consistent hunger and malnutrition.

The prisoners are also forced to do extremely dangerous and manual labour such as mining, farming, and logging.

The report mention of a large number of deaths occurred due to lack of medicine, inadequate diet, and brutal labour.

To top it all the report also reveals that many people are detained for "crimes that are not really crimes".

The North Korean Criminal Code awards severe punishment for anything that it considers dissent and against the state. Similar treatment is given to unauthorised gatherings, hostile and superstitious activities.

Pyongyang refuses to accept the existence of its political penal labour camps called kwan-li-so. It says prisoners in its long term "re-education" penitentiaries known as kyo-hwa-so and run by police force are treated with "warm love and consideration".

The UN has also accused North Korea authorities of committing crimes against humanity in political prisons.

The United States has sanctioned North Korea on Thursday for "flagrant abuses of human rights" by military and regime officials.