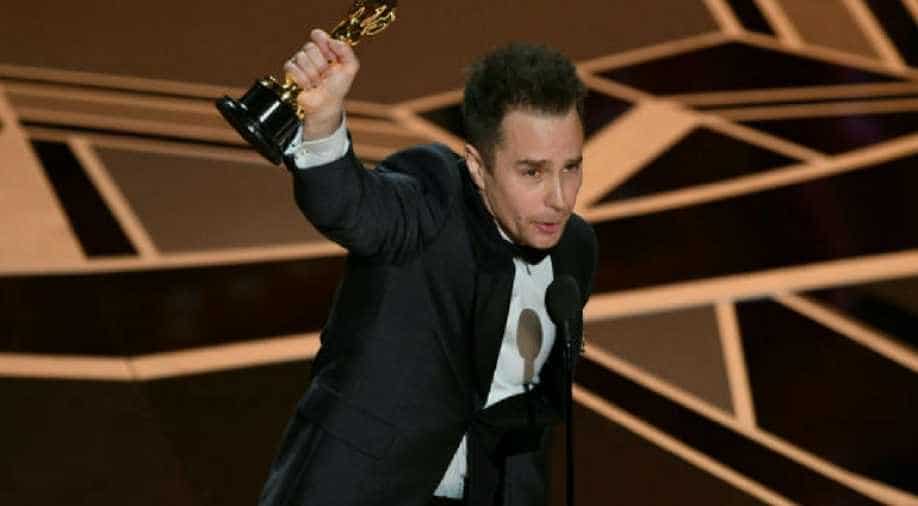 Sam Rockwell has won the Best Supporting Actor at the 90th Academy Awards for his roll in the dark comedy 'Three Billboards Outside Ebbing, Missouri' Photograph:( AFP )

Sam Rockwell has won the Best Supporting Actor at the 90th Academy Awards for his roll in the dark comedy "Three Billboards Outside Ebbing, Missouri."

The American actor was born in Daly City, California and made his debut in acting in the 1989 horror film Clownhouse.

Rockwell has never been married and has said that he never wants to become a parent. He has been in a relationship with actress Leslie Bibb since 2007.

The 49-year-old, whose turn as a disgraced police officer in Three Billboards Outside Ebbing, Missouri, has earned him a string of prizes throughout this awards season, had never been nominated for an Oscar before.

For his performance in the drama film, Rockwell won a BAFTA Award, a Golden Globe Award, two Screen Actors Guild Awards, and the Academy Award for Best Supporting Actor.

In his Hollywood career, he has been nominated for 58 awards and won 41 in total and has appeared in over 50 movies and a number of television shows.

Sam Rockwell has been so good for so long. And now finally everyone sees it. #Oscar2018

So beyond thrilled to see Sam Rockwell win!! #oscars