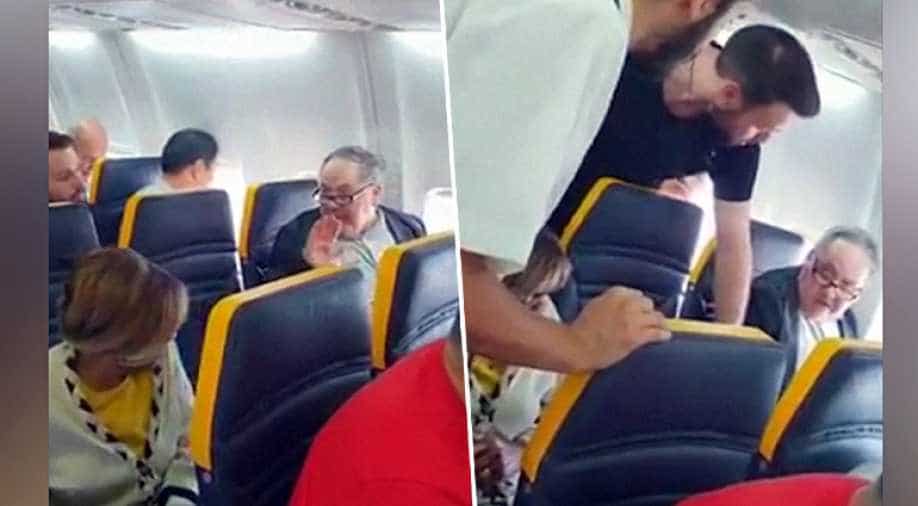 The unidentified man insulted her after complaining that she had inconvenienced him as he tried to reach his seat aboard.

British police are investigating after footage of a man shouting racist abuse at an elderly black woman on a Ryanair flight went viral over the weekend, with the airline facing criticism over how it dealt with the incident.

The unidentified man insulted her after complaining that she had inconvenienced him as he tried to reach his seat aboard.

"Don't talk to me in a fucking foreign language you stupid ugly cow," the man tells the woman before a man in the row behind asks him to stop.

"I will carry on as long as I can with this ugly black bastard," he retorts.

Ryanair said that they were aware of the matter and had reported it to the police. The airline's chief financial officer declined to comment on the story.

"Essex Police takes prejudice-based crime seriously and we want all incidents to be reported. We are working closely with Ryanair and the Spanish authorities on the investigation," the police said in a statement.

The video was taken by another passenger while the plane was waiting to take off from Barcelona to London Stansted airport on Friday.

After the argument, the woman was eventually moved from her seat. A flight attendant appears to tell the man he will discuss the incident with his supervisor, but the passenger is left in his place.

"I've seen airlines ground to a halt, and police called, and passengers escorted off of planes for less," David Lawrence, who recorded the video, told BBC Radio.

The police investigation comes as the Irish low-cost carrier, Europe's largest, announced on Monday a 7 per cent fall in profits in the first six months of the year. Ryanair has been grappling with the impact of recent strikes, high fuel costs and intense competition.

Britain's interior minister resigned earlier this year over the treatment of some Caribbean "Windrush" migrants who were invited to Britain after World War Two but were left without documents and denied basic rights, a scandal that highlighted persistent racial inequalities in British society.

Lawrence added that the woman, who he is in touch with, was from the Windrush generation, and that the frequency of such racist abuse made people numb to it.

"If the roles had been reversed, if that was a black man abusing an elderly, disabled white woman, I know that the outcome would have been completely different," he said. 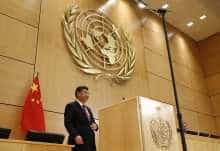