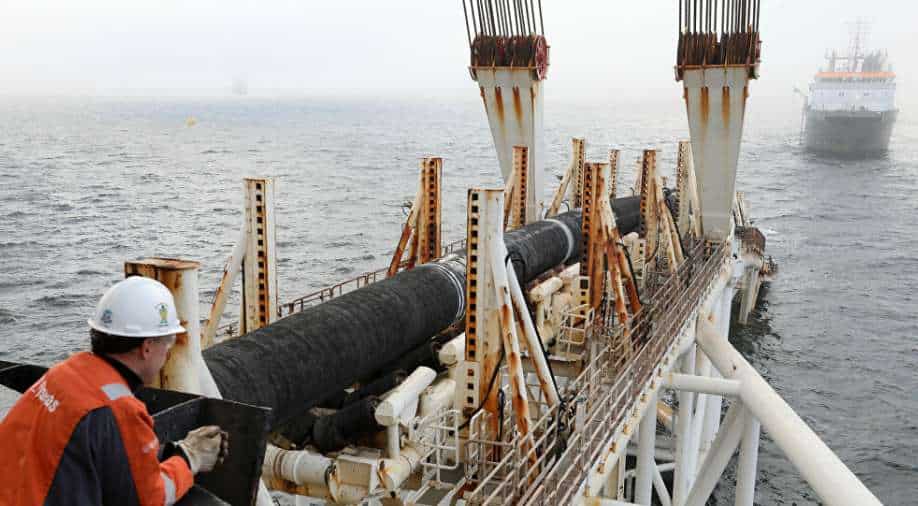 The pipe-laying vessel "Fortuna", owned by the Russian company KVT-RUS, left Germany days ago and has been located some 28 kilometres (18 miles) south of the Danish island of Bornholm.

The Russian ship tasked with completing the controversial Nord Stream 2 gas pipeline has arrived in waters off Denmark, maritime tracing apps indicated Sunday, despite the threat of further US sanctions.

The pipe-laying vessel "Fortuna", owned by the Russian company KVT-RUS, left Germany days ago and has been located some 28 kilometres (18 miles) south of the Danish island of Bornholm.

Several Russian support vessels were also in the immediate vicinity, according to the Vesselfinder and MarineTraffic applications.

It is in this area, just outside Danish territorial waters but in the Scandinavian country's exclusive economic zone, that the "Danish" sector of the pipeline passes, according to plans released by Nord Stream, which is majority owned by Russian gas giant Gazprom.

Nord Stream 2 is a 10-billion-euro ($11-billion) pipeline that will run beneath the Baltic Sea and is set to double Russian natural-gas shipments to Germany, Europe's largest economy.

It has long been in the crosshairs of the United States, particularly by the former Trump administration which promoted US gas and openly criticised European countries for their reliance on energy from Russia.

Poland, Ukraine and the Baltic states are also fiercely opposed to the pipeline, fearing it will increase Europe's reliance on Russian energy, which Moscow could then use to exert political pressure.

The European Parliament on Friday passed a non-binding resolution urging Brussels to block to completion of the 1,200 kilometre-long pipeline.

Work on the massive project resumed in German waters in December after being suspended for nearly a year because of the threat of US sanctions.

Danish authorities had authorised Nord Stream to carry out works in its waters from January 15.

But the company had spoken of a "preparatory" phase in the operation, amid uncertainties over US policy during the transition between Donald Trump and President Joe Biden, who took office this month.

Last week, German officials said that the United States will place sanctions on the "Fortuna".

Signed off by then president Trump in late 2019, the sanction measures threaten asset freezes and visa restrictions for companies involved in the construction.

The exact date of the resumption of pipe-laying work in the Baltic remains unclear, with no details from Nord Stream.

But the pipeline is almost complete, with most of the remaining pipe-laying work to be done in the waters off Denmark.

Nord Stream 2 is in fact two parallel pipelines. According to Denmark's energy authority, 69.2 kilometres remains to be laid on one pipeline and 49.6 kilometres on the other.