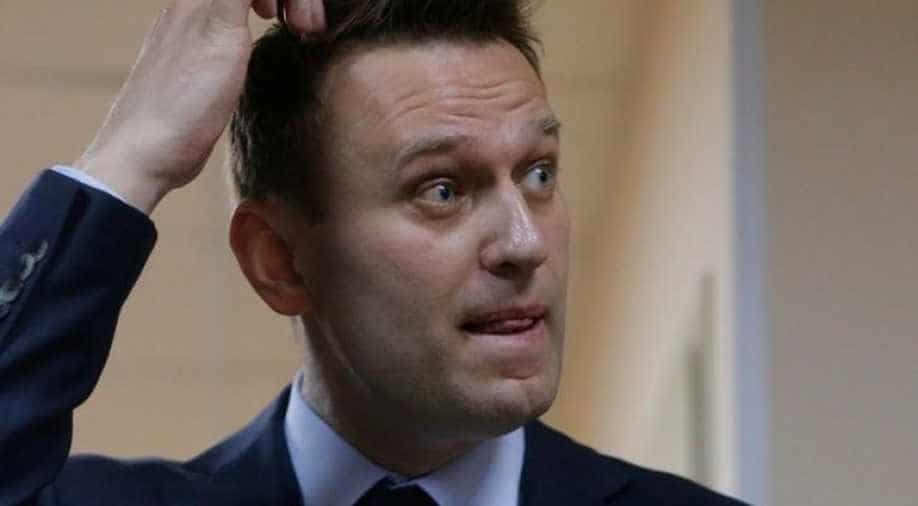 Russian leading opposition figure Alexei Navalny reacts during a break in a hearing in the slander lawsuit filed against him by Russian businessman Alisher Usmanov, in a court in Moscow, Russia, May 30, 2017. Photograph:( Reuters )

Navalny has emerged as a major irritant for the Kremlin after thousands across Russia attended anti-graft protests he organised in March||Navalny is running for President in 2018||The offending video has helped boost his campaign, garnering over 21 million online views

A Russian court ruled on Wednesday against Kremlin critic Alexei Navalny in a defamation lawsuit brought by one of Russia's richest businessmen, ordering the removal of a popular video from the internet which details the offending allegations.

Navalny, who says he plans to run in next year's presidential election, has emerged as a major irritant for the Kremlin after thousands of people across Russia attended anti-graft protests he organised in March.

A former lawyer, he has revived some Russians' interest in politics by publicising what he says are outrageous cases of top government officials and Kremlin-connected businessmen abusing the system to amass huge wealth.

Most of his targets merely deny such allegations, but businessman Alisher Usmanov, part-owner of British soccer club Arsenal, filed a lawsuit against Navalny alleging he had been defamed in a video about Prime Minister Dmitry Medvedev.

Medvedev and Usmanov said corruption and other allegations levelled against them in the video were utterly false.

On Wednesday, a Moscow court agreed with Usmanov, saying the allegations had wrongly impugned his "honour and dignity." The presiding judge ordered Navalny to delete all references to the allegations within 10 days and to publish a retraction within three months.

Usmanov's lawyer, Genrikh Padva, was cited by the TASS news agency as saying his client's good name had been upheld.

"Our position -- which is that there was no basis for the publication of these slanderous statements -- was confirmed in court," Padva said.

Navalny, who plans to appeal the ruling, said he would not delete the video and stood by the allegations.

"The reality that we see around us somewhat contradicts the court's decision," said Navalny. "The investigation was based on facts."

Opinion polls show Navalny would lose next year's presidential election to the Kremlin candidate -- widely expected to be incumbent Vladimir Putin -- by a large margin.

The offending video has helped boost his campaign, garnering over 21 million online views, and Navalny successfully used it to get people to take to the streets in March to protest against official corruption.

On Wednesday, after his supporters began recirculating the contested video online, he said his court defeat underlined the need to step up the fight against corruption. He also predicted it would boost turnout at the next anti-government protest.