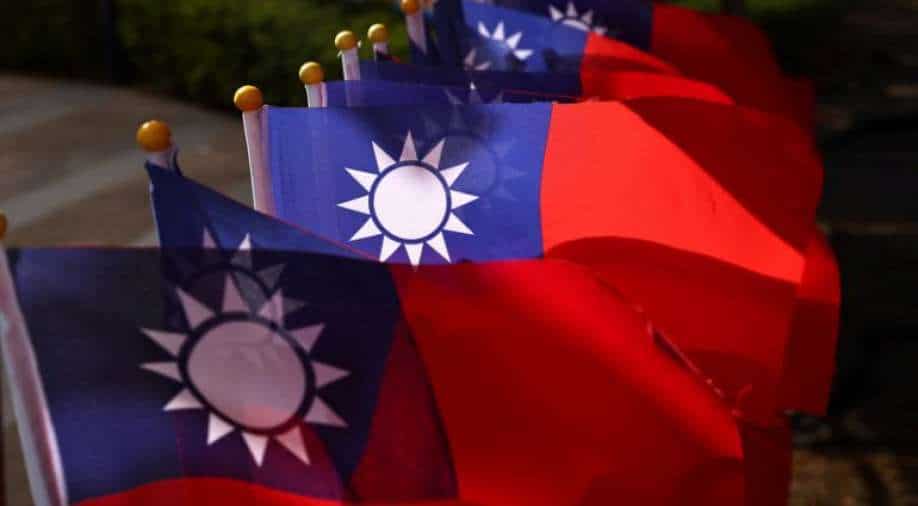 Taiwan, which has been facing increased military pressure from Beijing over the last two years, has been closely monitoring the crisis.

The government will join "democratic countries" in imposing sanctions on Russia over the invasion of Ukraine, the government said on Friday, with the world's largest contract chipmaker, TSMC, saying it would comply with all export control rules.

The crisis is being watched closely in Taiwan, which China claims as its own territory and which has faced increased military pressure from Beijing over the last two years.

"We very harshly condemn such an act of invasion and will join democratic countries to jointly impose sanctions," Premier Su Tseng-chang told reporters in Taipei without giving details.

The foreign ministry echoed that message, while Economy Minister Wang Mei-hua said the island would "harshly scrutinise" exports to Russia and "coordinate" with unspecified allies on further actions. She also did not elaborate.

Asked about the sanctions, Taiwan Semiconductor Manufacturing Co Ltd (TSMC), a major Apple Inc (AAPL.O) supplier and Asia's most valuable listed company, said it had a robust export control system and would follow the rules.

"TSMC complies with all applicable laws and regulations and is fully committed to complying with the new export control rules announced," it said in a statement.

Taiwan is not a major market for Russia, and trade with Ukraine and Russia each accounted for less than 1% of its total, government data showed.

The island's natural gas contract with Russia is due to expire in March, and Taiwan will diversify its supplies, the economic ministry said on Thursday.

"But this kind of trick will not prevail, "he said.

China is not imposing sanctions on Russia, saying they have never resolved any problems.

Taiwan President Tsai Ing-wen, speaking in the southern city of Tainan, reiterated that the island's situation was different from Ukraine's and that the Taiwan Strait formed a "natural barrier".

She said that Taiwan's improved military power and the great attention paid to the region by "friendly and allied countries" give strong confidence in maintaining security, she said.

She also called for greater vigilance to prevent foreign forces and local players from exploiting the Ukraine crisis to "create panic and affect the morale of Taiwanese society."

Defence Minister Chiu Kuo-cheng told reporters a working group was watching the Ukraine crisis and would see if the war caused any "linkage" to China. The minister said commanders and their deputies had been ordered not to leave their bases at the same time.

His ministry released a video set to music featuring a montage of its fighter jets, tanks, warships, and soldiers training to demonstrate its resolve to defend Taiwan.

Chiu Tai-san, head of Taiwan's Mainland Affairs Council, said there was "no comparison" between Ukraine and Taiwan in terms of strategic importance.

"Taiwan has long been the most important country in the first island chain. "If Taiwan is lost, the strategic planning in Asia will need to be changed significantly," he said, referring to the islands and countries that run from southern Japan down to the bottom of the South China Sea.