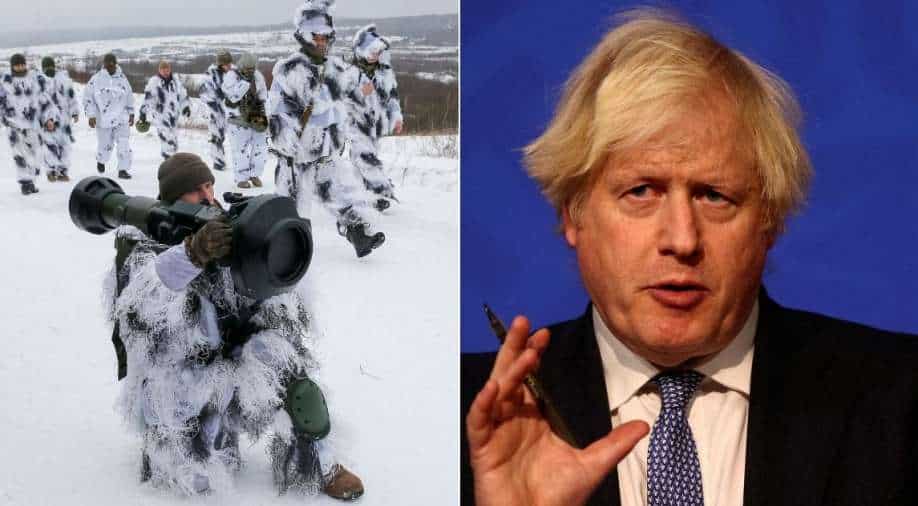 Amid heightened tensions, Ukraine has urged the West to remain 'vigilant and firm' in its talks with Russia

The United Kingdom Prime Minister Boris Johnson announced on  Saturday (January 29) that Britain is preparing to offer NATO a "major" deployment of troops, weapons, warships and jets in Europe amid the Russia-Ukraine border crisis.

Johnson said that if Russian President Vladimir Putin chose "bloodshed and destruction" in Ukraine, it would be "a tragedy for Europe". He further said that "Ukraine must be free to choose its own future".

The formal announcement is set to be made to NATO military chiefs next week. The move means Britain could double approximately 1,150 UK troops, currently in eastern European countries as UK PM Johnson said the deployment would send a "clear message to the Kremlin".

Johnson said in a statement late Saturday, "This package would send a clear message to the Kremlin -- we will not tolerate their destabilising activity, and we will always stand with our NATO allies in the face Russian hostility."

"I have ordered our Armed Forces to prepare to deploy across Europe next week, ensuring we are able to support our NATO allies on land, at sea and in the air," he added.

On the other hand, Kyiv on Saturday has urged the West to remain "vigilant and firm" in its talks with Russia.

In a conversation with French counterpart Yves Le Drian, Ukraine's Foreign Minister Dmytro Kuleba on Saturday weighed in on de-escalation efforts. Kuleba urged the West to remain "vigilant and firm in contacts with the Russian side"

As per the statement, the talks between the two highlighted the need to "refrain from steps that could fuel anxiety" in Ukrainian society. Also, the need to "undermine the financial stability".