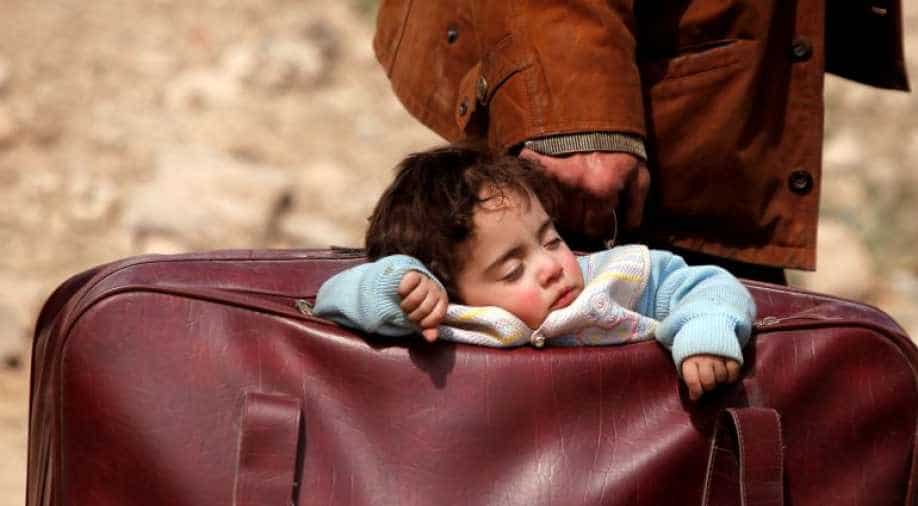 The Russian stance is creating problems for Syrians here who are seeing their asylum requests rejected. Banned from working, they face the threat of arrest and deportation.

In pre-war Syria, Safaa Al-Kurdi sold wedding dresses. Fed up with the conflict, the mother-of-three fled Damascus four years ago and sought asylum in Moscow. Now, Russia is saying she must go home.

Safaa is one of thousands of Syrian refugees that Russia, an ally of President Bashar al-Assad, is urging to return. Large parts of Syria are safe, Russian officials say, and there is no reason for asylum seekers like Safaa, 55, to remain.

The Russian stance is creating problems for Syrians here who are seeing their asylum requests rejected. Banned from working, they face the threat of arrest and deportation.

"Since my children are there and Syria is my country, I would naturally like to return," Safaa, whose two eldest sons were drafted into the Syrian army, said through tears.

"But it`s not possible for anyone to return in this situation. People know that there is poverty, that people are dying of cold or from hunger, or from bombing."

According to the UN refugee agency, nearly 5.5 million Syrians have fled a war that has raged over seven years.

In 2015, when Moscow launched a military operation in Syria, Russia granted temporary asylum to 1,924 Syrians.

That number has fallen every year since, according to statistics agency Rosstat, hitting a low of 823 asylum applications in 2018.

The Civil Assistance Committee, an NGO working with refugees, says Russia wants the Syrians out.

"Most of them get rejected, and the ones that don`t are told, We warn you, this is the last time we will extend your documents, next year don`t come back," said Yevgeny Yastrebov, a co-ordinator with the committee.

Some Syrians have already left, he said, adding that others are forced to bribe the police to stay.

"It`s a constant game of hide-and-seek you have to play with the government, which is not a fun thing to do if you have kids and you need to feed them," he said.

When Safaa left Damascus in 2015, she had a little money from selling her garments workshop. Her youngest son, Al-Amir, 23, followed her to Russia afterwards.

Their asylum applications have been repeatedly rejected and so far their appeals have also been refused.

With her savings gone, Safaa makes ends meet by selling jewellery at a Moscow market. Her son declines to talk about his employment situation for fear of official reprisals.

Their joint income is just enough to rent a small apartment in a village some 50 km (31 miles) east of Moscow.

"I want to stay for a while before returning, I want to try to save a little bit of money to be able to open a little venture, to be able to live off of it in Syria," said Safaa.

When her asylum appeal process is exhausted, she says she will return home, but wants her son to stay away from Syria.

"Life is not possible there. It`s like the war is over but it`s not over at the same time."