Russia launches missile attacks against IS, Nusra Front in Syria 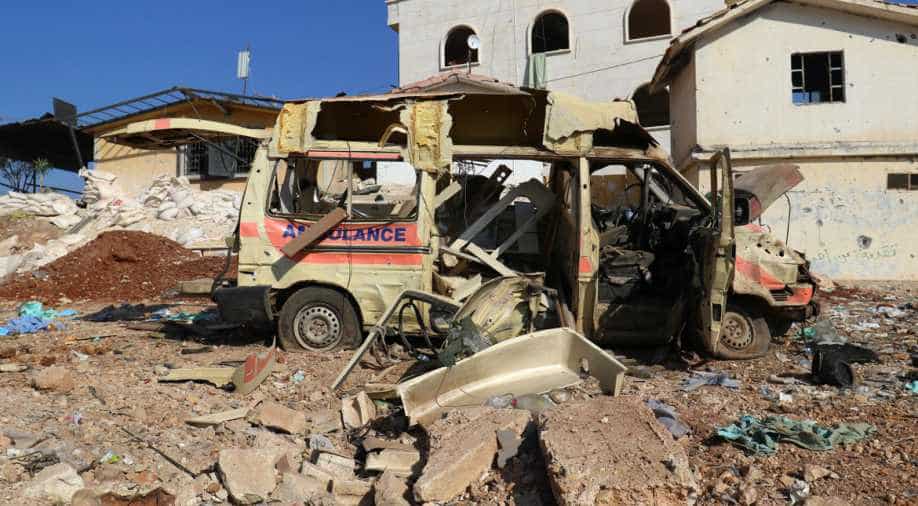 A damaged ambulance is pictured after an airstrike on the rebel-held town of Atareb, in the countryside west of Aleppo, Syria November 15, 2016. Photograph:( Reuters )

"We carried out exhaustive advance research on all targets," Shoigu told Reuters. "We are talking about warehouses with ammunition, terrorist training centres ... and factories."

The defence minister said the strikes in the provinces would continue. He made no mention of the city of Aleppo which has been targeted by Russia-backed Syrian forces for months and where a 72-hour truce between US and Russia recently came to an end.

A civil defence official and a resident told Reuters air strikes had resumed in several districts in the rebel-held eastern part of the city for the first time in weeks.

Russia claims its air force is for now honouring a unilateral moratorium on hitting rebel targets inside Aleppo, Reuters reported.