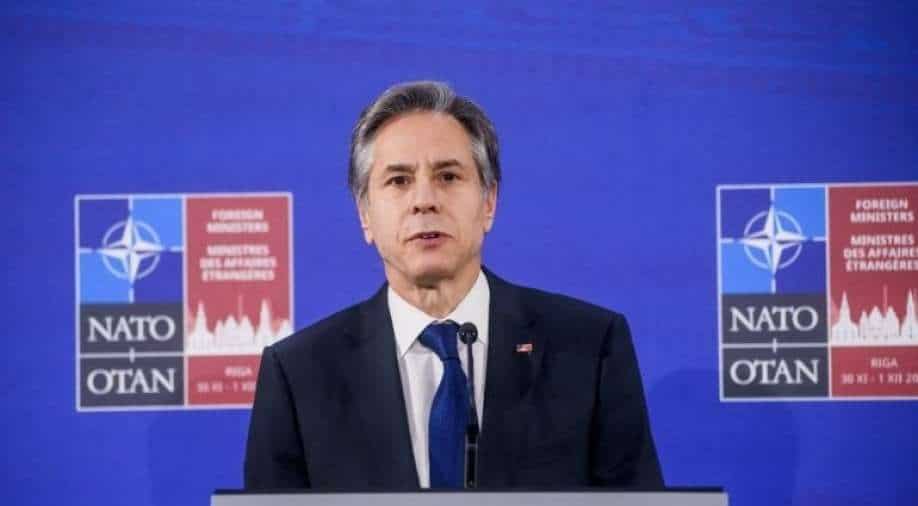 US Secretary of State Antony Blinken has said that Russia has made plans for aggressive moves against Ukraine.

According to him, ''The plans include efforts to destabilise Ukraine from within as well as large scale military operations.''

Blinken warned Russia that the United States will impose 'high-impact' sanctions if it decides to invade Ukraine.

''We don't know whether President (Vladimir) Putin has made the decision to invade. We do know that he is putting in place the capacity to do so in on short order should he so decide,'' he said.

''The problem with Russia is that they are not transparent, that they have a very aggressive rhetoric and a track record showing they have used military exercises before as a disguise for aggressive actions against neighbours,'' he said.

He added that US-led military organisation must prepare for the worst as concern mounts that Russia could be preparing to invade Ukraine.

The West has accused Moscow of amassing "tens of thousands of additional combat forces" near Ukraine's border.

Denying aggressive intent in the current crisis, Kremlin said it feared Ukraine was gearing up to try to recapture by force areas controlled by pro-Russian separatists in the Donbass region in the east of the country.

In response, Ukrainian Foreign Minister Dmytro Kuleba said Europe faced a critical moment and Russia was trying to shift the blame onto Ukraine.

''I would like again to officially state that Ukraine does not plan any military offensive in Donbass. This is Russian propaganda nonsense in order to cover up Russia's own preparations for a potential attack,'' he added.

More than 13,000 people have been killed in a war that began in 2014 between Ukraine and pro-Russian separatists.