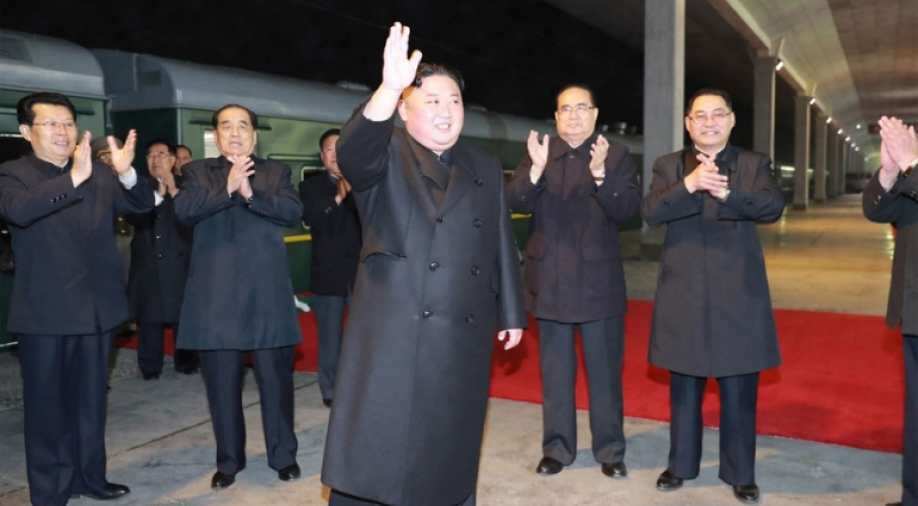 The Russian and Chinese proposal did not detail exactly what North Korea will have to do in exchange for an easing of sanctions.

Russia and China on Monday proposed easing sanctions against nuclear-armed North Korea, in response to steps the North takes towards denuclearization.

The North is under heavy US and United Nations sanctions over its nuclear program, but it has been frustrated at the lack of relief after it declared a moratorium on nuclear and intercontinental ballistic missile (ICBM) tests.

The draft text said the Council "shall adjust the sanction measures towards the DPRK as may be needed in light of the DPRK's compliance with relevant UN Security Council resolutions."

It also underlined the necessity of having "the most favourable approach towards requests for exemptions from existing UN sanctions against the DPRK for humanitarian and livelihood purposes."

The Russian and Chinese proposal did not detail exactly what North Korea will have to do in exchange for an easing of sanctions.

But in order to improve the lives of people in the impoverished North, the text called for an end to several significant measures which date from 2016 and 2017.

Russia and China want the UN to end the ban on its members importing fish products and textiles from North Korea.

They also call for an end to sanctions, imposed in 2017, that require UN members to send back by December 22 North Korean workers employed abroad.

Those workers are an important source of revenue for the regime.

The Russia-China text also calls for inter-Korean rail and road cooperation projects to be exempt from existing UN sanctions.

Three pages of annexes to the draft resolution list products to be removed from sanctions lists.

Among them are bulldozers, small tractors, small metal items including scissors, bicycles, as well as washing machines for clothes and dishes.

China and Russia, which had cautiously backed pressure against North Korea after its past nuclear tests, had indicated last week they would reject further sanctions.

The text, obtained by AFP, "welcomes the continuation of the dialogue between the United States and the DPRK at all levels."

That call comes with negotiations between North Korea and the US largely stalled since the collapse of a February summit in Hanoi between President Donald Trump and the North's leader Kim Jong Un.

The North has issued increasingly strident declarations, even promising an ominous "Christmas gift" if Washington does not come up with some concessions by year's end.

The draft text calls for "prompt resumption of the six-party talks" which involved China, the two Koreas, the US, Russia and Japan. Those talks lasted from 2003-2009.

Diplomats said no deadline was put forward for putting to a vote the text, which faces an uncertain future.

Texts related to North Korea are traditionally the purview of the United States, which wants Pyongyang to give up its atomic arsenal right away.