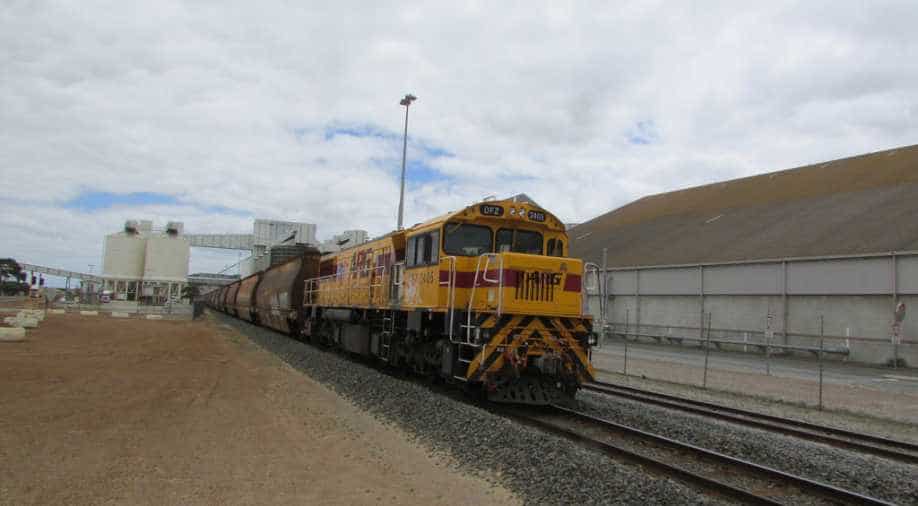 A huge runaway train laden with iron ore had to be derailed remotely after speeding through the Australian outback for almost an hour.

The 268-wagon train started on its solo journey when the driver got down from his cab to carry out an inspection, and was soon hurtling along at up to 110 kilometres (68 miles) per hour.

Mining giant BHP, which owns the four-locomotive train, decided to derail before it reached the town of Port Hedland near its Western Australia Pilbara site, and flicked the points.

Aerial images published by The West Australian showed a trail of twisted wreckage, with some wagons covered by their loads of iron ore.

BHP said recovering the train and fixing the track -- a key access route for the enormous mining facility -- will take around a week.

However, it said, operations would be maintained and the use of reserves would mean there would be no interruption to supply.

Australia is one of the world's major sources of iron ore.

There was no indication of what had caused the train to move without its driver.

BHP's shares were trading 1.21 per cent lower at Aus $33.14 in Sydney Wednesday amid reports in Britain that the Anglo-Australian firm was facing a £5 billion (US $6.5 billion) lawsuit over the deadly Samarco dam failure in Brazil in 2015.

BHP is also facing an Australian class action involving investors pursuing the miner for losses relating to the collapse.

Nineteen people were killed and a wave of toxic waste was unleashed when an dam burst at the mine in one of Brazil's worst environmental disasters.