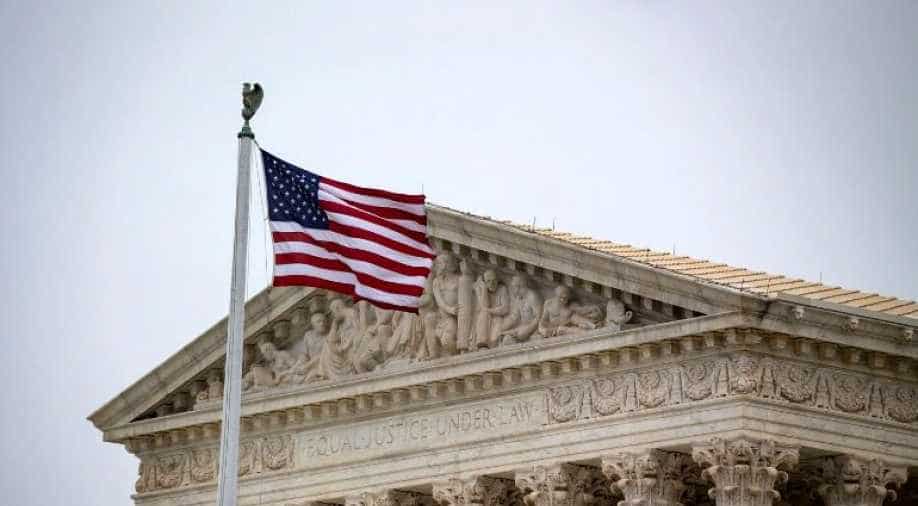 Roe vs Wade ruling, made in 1973, enshrine women's access to abortion in the US. The Supreme Court has now reversed the ruling ending the constitutional right.

US Supreme Court has reversed the landmark Roe vs Wade ruling ending the constitutional right to abortion for millions of women across the country. Roe vs Wade ruling (1973) enshrined women's right to abortion. US Supreme Court has now said that individual states can now permit or restrict procedure themselves. The ruling is likely to open a Pandora's Box and draw strong political reactions welcoming and condemning the latest decision of the US Supreme Court. It is anticipated that the ruling would be followed by flood of state legislations. It is expected that half of 50 US states would make new laws severely restricting or even criminalising abortions.

"The Constitution does not confer a right to abortion; Roe and Casey are overruled; and the authority to regulate abortion is returned to the people and their elected representatives," the court said. Currently, the US Supreme Court is dominated by judges with a conservative view.

"The Constitution does not prohibit the citizens of each State from regulating or prohibiting abortion," he said.

Dissenting were the three liberals on the court.

Soon after the decision, former US vice president Mike Pence said that Roe vs Wade was consigned to 'ash heap of history'.

What does Roe vs Wade overturn mean?

Overturning Roe vs Wade means that access to abortion no longer has constitutional backing in the US. Individual states are now free to decide whether access to abortion should be free or should there be restrictions on it. States now have sanction to form new laws which may even criminalise abortion.

What do backers of abortion rights say?

They say that abortion right is a matter of personal freedom. The activists have been saying that banning or restricting abortions was against the rights of women who have right over their own bodies and should have free choice to decide whether they want to continue with the pregnancy or not

What do those in opposition say?

There are strong backers of the assertion that abortion amounts to 'killing' the unborn child. Abortion for them is hence an act against nature. There are also religious overtones to this assertion and those opposing abortion are often seen to have conservative views.

Many of 'pro-life' advocates are however silent when asked whether they are opposed to abortions even when pregnancy is cause due to crimes such as rape.

Watch | Who was the real Jane Roe in Roe vs Wade case, which changed US abortion law?