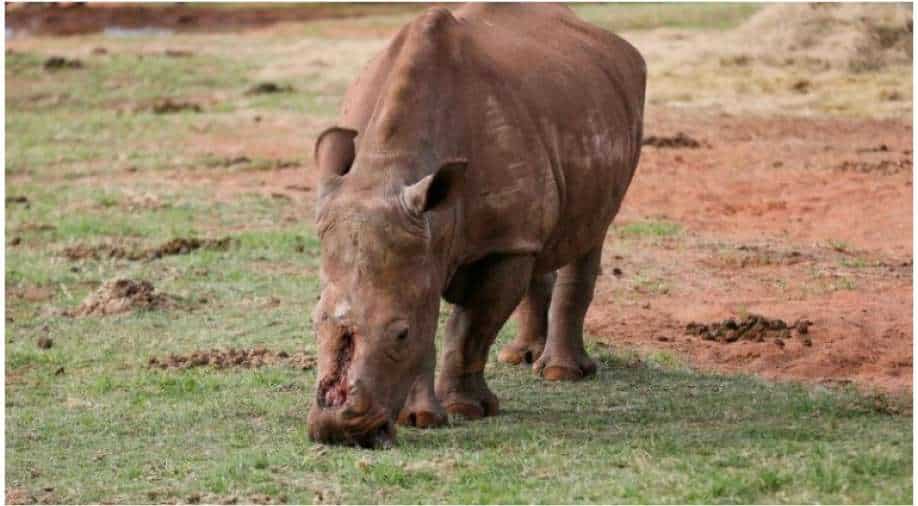 Horns of this white rhino were brutally hacked by poachers

A 10-year-old white rhino in South Africa whose horns were hacked off by poachers was returned to wild after six years on Monday after undergoing 30 operations. The surgeries were carried out to repair the gash in his face.

The rhino was named Sehawukele by its rescuers. Sehawukele means “God have mercy on us”. It was called Seha for short. The rhino was found by police stumbling near a fence in a reserve, so disfigured that he could barely hear or eat.

The police called in Johan Marais, a wildlife vet who runs the charity Saving the Survivors. The group rehabilitates rhinos that survive poaching attacks.

“He has actually healed exceptionally well,” said Marais. “And I think this is the next chapter, where we are going to rewild him in a 2,000-hectare camp where we have put two females of breeding age with him.”

Even after extensive surgery, Seha’s sinus cavities are still exposed, creating a risk of infection. But conservationists have opted to return him to the wild nonetheless in the hope he will mate and help increase the dwindling population.

“No rhino translocation is without risk,” said Andre Uys, who manages the game reserve where Seha now lives.

Seha was safely darted and released on Monday. His rescuers are keeping his exact location a secret in the hope of preventing future poaching attacks.

Poachers killed at least 249 rhinos in South Africa during the first six months of 2021 – 83 more than in the first half of 2020. Full-year numbers are not available yet, but 24 were killed in just two weeks of December.

The animals are slaughtered for their horns, which are smuggled into Asia where they are highly prized for traditional and medicinal purposes.