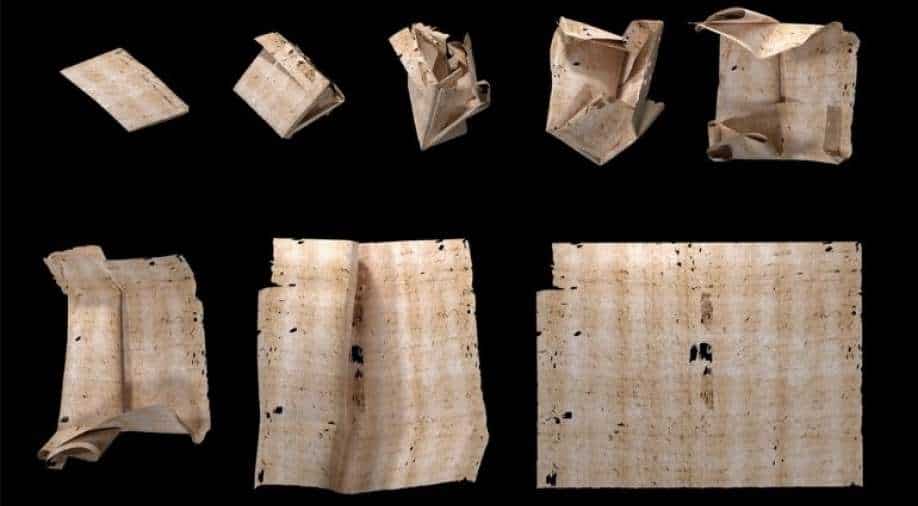 Researchers have digitally unfolded historical letters from the Renaissance era that were sealed for more than 600 years.

A study published in the journal Nature on Wednesday is the first to propose a complete systematisation of evidence and tie it consistently to security.

It analysed a European postmaster’s trunk preserving 300-year-old undelivered post, the Brienne Collection. The trunk contained 3,148 catalogued items, including 2,571 opened letters, fragments, and other documents, and 577 letter packets that have never been opened.

The most renowned letter is the request from Jacques Sennacques, dated July 31, 1697, to his cousin Pierre Le Pers, a French merchant in The Hague, for a certified copy of death notice of one Daniel Le Pers.

The letter is one of the most important communication technologies in human history. Before the proliferation of mass-produced envelopes in the 1830s, most letters were sent via letter locking, the process of folding and securing writing substrates to become their own envelopes.

Letterlocking was an everyday activity for centuries, across cultures, borders, and social classes, and plays an integral role in the history of secrecy systems as the missing link between physical communications security techniques from the ancient world and modern digital cryptography.

Until now, letter locking analysis has been limited by the standard archival practice of cutting open sealed letters on request, compromising the physical integrity of the unopened letter packet.

They presented a fully automatic computational method for reconstructing and virtually unfolding letters imaged by volumetric scanning. To validate their results, they compared the reconstruction of the opened letter to a photograph of its contents.