'Release our friends': Students protest in Thailand for release of leaders 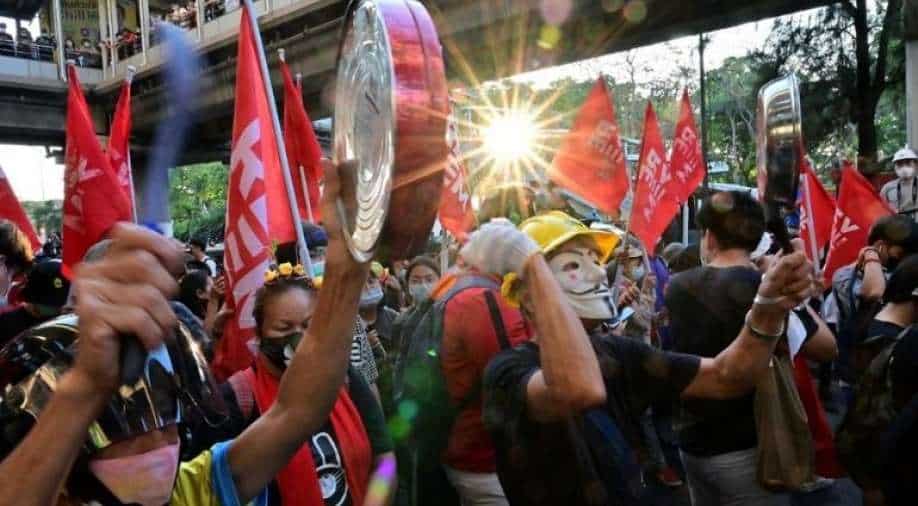 Hundreds of students gathered in the streets of the capital city, Bangkok, demanding the immediate release of the protest leaders who have been in jail for the past couple of days.

A youth-led protest took place in the capital city on the weekend as hundreds of students and youngsters took to the streets defying the no-public gathering rule in the city.

With slogans such as 'Release our friends' and 'Abolish 112' (with reference to Thailand's lese majeste law/ Article 112 of Thailand's criminal code), the demonstrators carried out two different protests in different locations of the capital city.

The local police warned protestors against participating in the 'illegal' gatherings. "Protests are illegal. Anyone who joins or invites others to join is breaking the law," Piya Tavichai, deputy commissioner of Bangkok Metropolitan Police Bureau said in a news conference.

This has come a week after the Thailand police used rubber bullets, tear gas and water cannon on demonstrators for the first time, injuring 26 people.

His office has described the protests against the King as unlawful and inappropriate. However, there has;t been any comment on the demonstrations from the Royal Palace.