Redacted Mueller report to be issued by US attorney general today 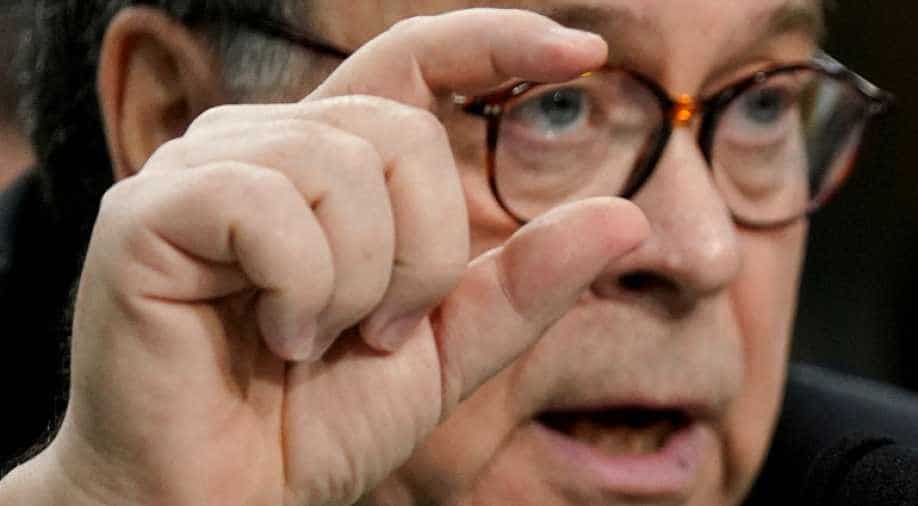 Attorney General William Barr plans on Thursday morning to release a redacted version of Special Counsel Robert Mueller's report on Russian interference in the 2016 US election and contacts between Moscow and President Donald Trump's campaign, the Justice Department said on Monday.

Attorney General William Barr plans on Thursday morning to release a redacted version of Special Counsel Robert Mueller's report on Russian interference in the 2016 US election and contacts between Moscow and President Donald Trump's campaign, the Justice Department said on Monday.

Department spokeswoman Kerri Kupec did not provide a precise time, but said the report, which Barr has described as nearly 400 pages long, will be released both to Congress and the public. Congressional Democrats have demanded the release of the full report with nothing blacked out and also have asked for the underlying evidence gathered by Mueller, meaning Thursday's action by Barr may be just the first move in a longer fight that could play out in the courts.

Moments after the department announced its plans for releasing the report, the Republican president went to Twitter to make another attack on Mueller's team and derided the "Russia Hoax." The Mueller investigation has cast a cloud over the presidency of Trump, who has often called it a politically motivated "witch hunt."

Mueller turned over a copy of his confidential report to Barr on March 22, ending his 22-month-long inquiry. Two days later, Barr released a four-page letter summarizing what he said were Mueller's primary conclusions. In that letter to Congress, Barr said Mueller's investigation did not establish that members of Trump's election campaign conspired with Russia.

Barr also wrote that Mueller presented evidence "on both sides" about whether Trump obstructed justice by acting to impede the inquiry, but he did not draw a conclusion one way or the other. Barr said that he reviewed Mueller's evidence and made his own determination that Trump did not commit the crime of obstruction of justice.

Justice Department regulations give Barr, a Trump appointee and the top US law enforcement officer, broad authority to decide what to release and what to withhold from the report.

Barr has pledged to be as transparent as possible. But he has said he will redact certain portions for reasons including protecting secret grand jury information, intelligence-gathering sources and methods, information relating to ongoing cases and the privacy of "peripheral third parties" who were not charged.

The redactions in the report will be colour-coded by category, according to Barr, explaining the reasons that parts are blacked out.

Since Barr released his letter, Trump has set his sights on the FBI, and accused the Justice Department of improperly targeting his campaign. Last week, Barr told a US Senate panel he believed that "spying" did occur on Trump's campaign, and he plans to investigate whether it was properly authorized.

Barr's comments were criticized by Democrats, already sceptical of how he has handled the report's release.

The attorney general has pledged to testify publicly about the report's conclusions before the Senate and House judiciary committees - on May 1 and 2, respectively. The Democratic-led House Judiciary Committee voted on April 3 to empower its chairman, Jerrold Nadler, to issue subpoenas for the full report and underlying evidence.

Meanwhile, the top Democrat and Republican on the House Intelligence Committee are also asking Barr to produce all of the investigative materials compiled by Mueller's team and to make Mueller and his staff available for a briefing.

In a March 27 letter seen by Reuters on Monday, Democratic Chairman Adam Schiff and top Republican Devin Nunes told Barr they want Mueller to brief them on "the investigation's scope and areas of inquiry, its findings, and the intelligence and counterintelligence information gathered" in the investigation.