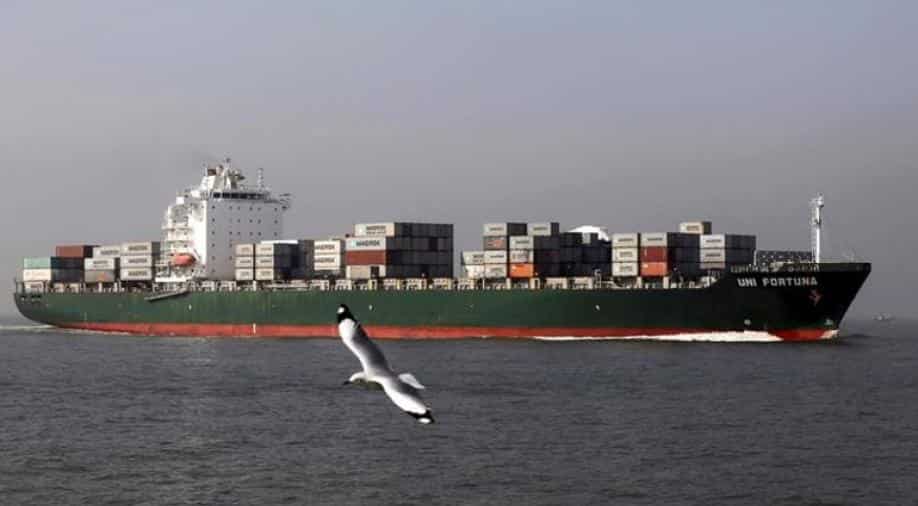 With US imports of goods and services at their highest on record, the result pushed the goods deficits with China and Mexico to all-time-highs , according to the Commerce Department report.

The US trade deficit ballooned in August to its highest level in six months as exports of tariff-targeted goods fell while American consumers snapped up imported cars and mobile phones, the government reported Friday.

With US imports of goods and services at their highest on record, the result pushed the goods deficits with China and Mexico to all-time-highs, according to the Commerce Department report.

The total US trade deficit rose 6.4 per cent over July to $53.2 billion, overshooting analyst forecasts which called for a smaller five per cent increase. That was on record imports of $262.7 billion and exports of $209.4 billion.

The result came at a triumphant moment for President Donald Trump, who has hailed a new agreement to remodel North America's trading system and is waging a battle of tariffs with Beijing.

The numbers also reflect reports that businesses have rushed to import goods before tariffs hit on China, including importing products needed in stores for the holiday shopping season, driving up the trade gap.

The gap in goods trade with China rose to $38.6 billion for August and hit $8.7 billion with Mexico -- both the highest monthly totals ever.

At $31.1 billion, imports from Mexico also were the highest ever.

Meanwhile, US exports of crude oil and other petroleum products fell by a combined $1.6 billion for the month, but was offset by $1.6 billion jump in exports of artwork, antiques and pharmaceuticals, the Commerce Department reported.

On the other side of the ledger, imports of autos rose $1 billion while imports of mobile phones and other household goods rose by $900 million.