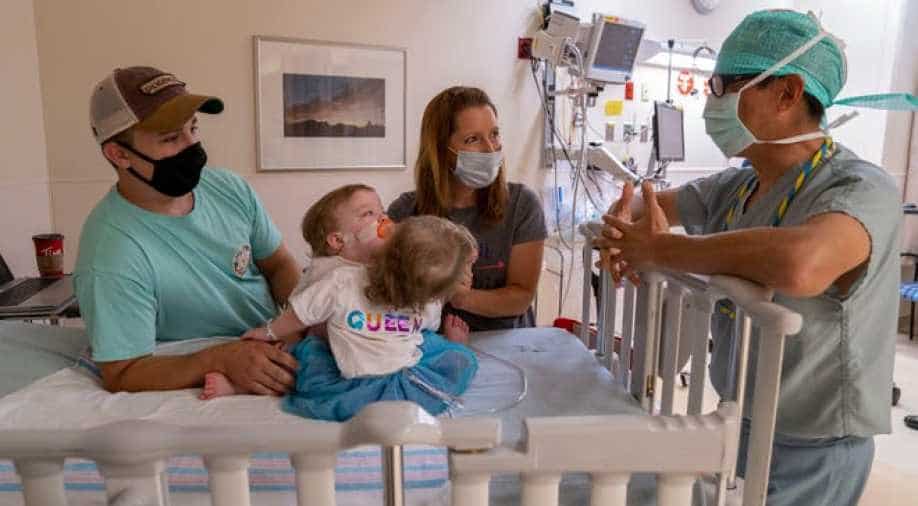 Sarabeth and Amelia Irwin of Petersburg, Michigan, each had their own arms and legs and heart, but their livers were connected.

Doctors at the University of Michigan have successfully separated 1-year-old conjoined twin sisters.

Sarabeth and Amelia Irwin of Petersburg, Michigan, each had their own arms and legs and heart, but their livers were connected. The nearly 11-hour surgery to separate them was performed in August, about 14 months after their birth.

Two teams of surgeons — one for each girl — and more than a dozen other medical staff were employed to plan and execute their surgery, C.S. Mott Children's Hospital said Friday.

The parents, Alyson and Phil Irwin, learned about the conjoined twins during a pregnancy ultrasound in 2019, four months before the birth by cesarean section. The Irwins knew the girls might not survive long enough for surgery, but they did.

The surgery had been planned for February, but the girls developed pneumonia and then the coronavirus pandemic followed.

The parents had to stay outside the hospital in their car during the surgery. Sarabeth came home in late August, followed by Amelia on September 5. They have an older sister, Kennedy.