Quest for immortality: Why Silicon Valley bigwigs are spending billions 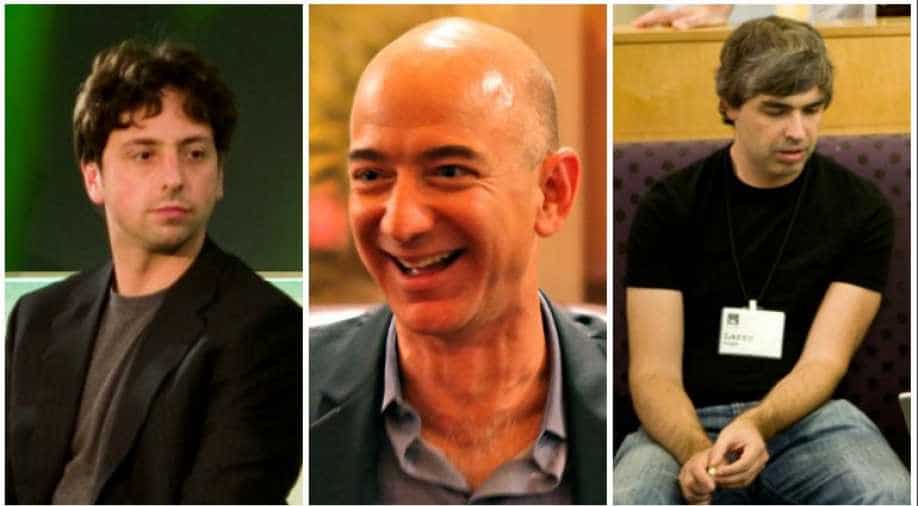 Interestingly, Google has many of its senior level executives interested in pushing the boundaries of life expectancy other than the co-founder Brin. Photograph:( Others )

The quest to discover the ultimate ‘fountain of youth’ has more or less been an obsessive compulsive desire for humans. People have always wanted to live longer, rather immortalize the race. While some think of the idea as an extension of the desire to stay forever young, the powerful lot sees it as an opportunity to never yield their assumed power.

Technological advancements and progress in the pharmaceutical sector have already pushed the human life expectancy to as much as 90 years. Experts suggest that more and more people are living longer and the life expectancy rate is only going be pushed further.

Oracle co-founder Larry Ellison is known to have donated $370 million to aging research.

But the bigwigs of the world are not interested in raising the bar of the average human life expectancy, they want to take their wealth and let scientists figure out if there can be any possibility to immortalize the race.

Various reports have confirmed Silicon Valley kingpins and Hollywood celebrities to have invested a bomb in anti-ageing research. A name that was likely to appear on the list of investors is Jeff Bezoz who is known for his ever-increasing fascination with space travel and the possibility of finding an alternative planet for humans.

In June this year, Bezos tweeted that he was looking for ideas on how to share his wealth to help people.   (Reuters)

Bezos, along with other tech elites like PayPal co-founder Peter Thiel, is known to have invested in a startup called Unity Biotechnology that works in the field of anti-ageing. Bezos is known to have previously invested in Juno Therapeutics for cancer research. Thiel was reported to have given anti-aging researcher Aubrey de Grey $3.5 million to start a non-profit foundation focused on life-extending therapies.

Bezos, along with other tech elites like PayPal co-founder Peter Thiel are known to have invested in a startup called Unity Biotechnology that works in the field of anti-ageing.

Celebrities like Goldie Hawn and owners of tech giants like Google’s Sergey Brin have been part of National Academy of Medicine’s Grand Challenge in Health Longevity which aims to ‘end aging forever’. The Google co-owner has already invested close to a billion dollars in California Life Company (Calico), part of Google’s Alphabet. Larry Page is believed to be one of the contributors in the founding of 'Calico'.

Interestingly, Google has many of its senior level executives interested in pushing the boundaries of life expectancy other than co-founder Brin, some of them include names like Bill Maris, President and Managing Partner, Google Ventures and Arthur Levinson, investor and Chief executive, Calico who has invested close to $240 million in the initiative.

Owner of social media giant Facebook Mark Zuckerberg also features on the list of elite investors in the pool of immortality. Zuckerberg and Sergey Brin co-sponsor the $33 million Breakthrough Prize for Life Sciences. The honour is awarded to scientists engaged in curing age-related diseases.

"Our society needs more heroes who are scientists, researchers, and engineers," and "we need to celebrate and reward the people who cure diseases, expand our understanding of humanity, and work to improve people's lives," Zuckerberg -- who constantly engages in the understanding of “what could enable humans to live forever”, wrote in a status update in 2013.

"It seems pretty egocentric while we still have malaria and TB for rich people to fund things so they can live longer," Bill Gates.

Meanwhile, Bill Gates, the ‘godfather’ of the new-age tech superpowers, doesn’t quite seem to approve of the growing fascination with immortality. Quite recently he called his peers to be involved in ‘egocentric’ pursuits chasing immortality to satisfy their vanity.

"It seems pretty egocentric while we still have malaria and TB for rich people to fund things so they can live longer," Gates wrote in a reply to an online query during a Reddit session.

Microsoft founder Bill Gates' net worth is estimated to be 90.8 billion USD. (AFP)

The future of immortality

Gene therapy, genome mapping and cryonics are also becoming increasing popular with people to facilitate better understanding of the complexities of human body and study the pattern of human DNA to keep the body disease-free for the longest.

Cryogenic involves freezing of human bodies and preserving them for the time when science has advanced enough to thaw the frozen bodies, revive them and bring them back to life.

History is witness to the fact that man has never really failed to achieved what he first set out to achieve. Once landing on the moon was a distant dream, now astronauts stay in space for years and are also able to enjoy their favourite food up above. Lifestyle diseases like cancer may still not have a definite cause and an easy cure, but the possibilities of mankind achieving the same in the near future is not uncertain.

Life, death and mortality are often described as incomprehensible, inexplicable and elusive. While scientists and experts keep at untangling the complexities of human life and death, we can only hope for better outcomes in the offing.