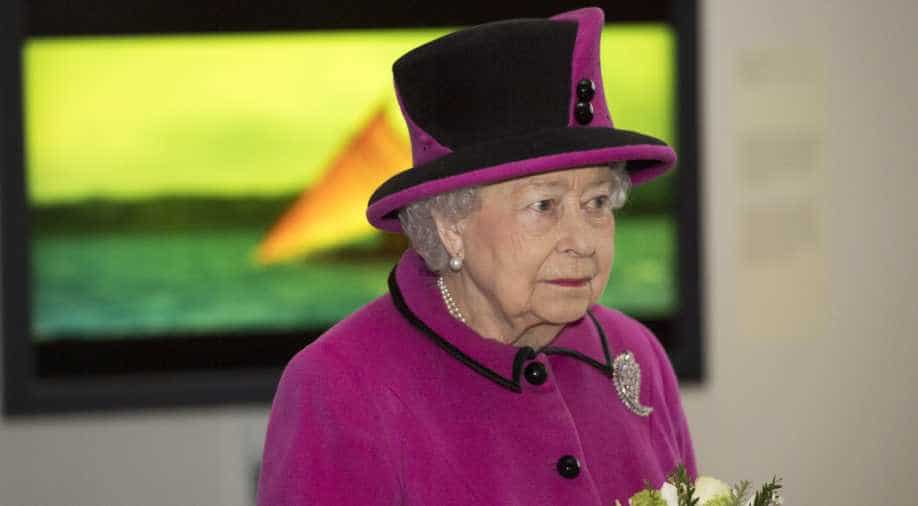 On Accession Day, Queen Elizabeth was at her country estate in Norfolk, eastern England.

"The queen is spending the day privately at Sandringham House," a Buckingham Palace spokesman told AFP.

The monarch was working on the "red boxes" -- the red briefcases of official government papers -- and reflecting on her father`s passing.

On Sunday, she was seen smiling as well-wishers gave her flowers outside church.

Prime Minister Theresa May said the country would join in giving thanks for the queen's lifetime of service to Britain and the wider Commonwealth.

"It is a testament to her selfless devotion to the nation that she is not marking becoming the first monarch to reign for 65 years with any special celebration but instead getting on with the job to which she has dedicated her life," she said.

"She has truly been an inspiration to all of us and I am proud, on behalf of the nation, to offer our humble thanks and congratulations."Despite her reluctance to celebrate publicly, the occasion was being marked in Britain.

Gun salutes were fired at the Tower of London, in the capital`s Green Park and around the kingdom, while the bells of Westminster Abbey, where she was crowned in 1953, rang out.

Sapphire is the 65th-anniversary gemstone and a photograph was reissued of the sovereign wearing a suite of sapphire jewellery from 1850, which was given to her by her father in 1947 as a wedding gift.

"She has very kind eyes with a mischievous glint," said photographer David Bailey after taking the portrait in 2014.

The Royal Mint marked the anniversary with specially-designed commemorative coins, ranging from a £5 coin to a £1,000 solid gold coin, which weighs one kilogramme (2.2 pounds) and costs £50,000 to buy.

They also bear words from the famous quote in her 21st birthday speech to the Commonwealth back in 1947: "My whole life, whether it be long or short, shall be devoted to your service."

"She`s never answered back, she`s always been above politics."

Elizabeth became Britain`s longest-serving monarch ever in September 2015, surpassing the reign of her great-great-grandmother queen Victoria, a record she said was "not one to which I have ever aspired".

She also became the longest-reigning living monarch in the world in October last year following the death of Thai king Bhumibol Adulyadej.

Besides Britain, she has also been the monarch of Australia, Canada and New Zealand for 65 years.

She suffered from a heavy cold over Christmas, missing two Sunday church services, but is generally in rude health.

However, with her advancing age, Queen Elizabeth is gradually handing over more responsibilities to younger royals.

Her 34-year-old grandson Prince William, second in line to the throne after his father Prince Charles, is stepping down as an air ambulance pilot this year to carry out more royal duties on his grandmother's behalf.